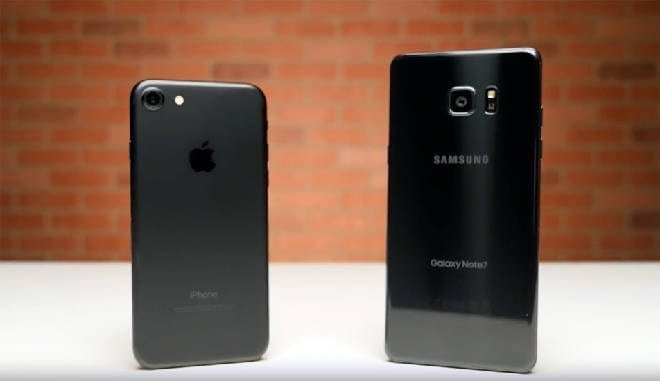 It has been said that Samsung’s soon to be unveiled smartphone, Samsung Galaxy S8. will be the fastest smartphone in the world. (But there may be a chance that the iPhone 7 will perform better than the S8.)

The new Android phone, Galaxy S8 will have next-generation 10nm chips. These chips, called  as “Exynos 8895”, will be faster than the 14nm processors of the S7 and Note 7. They are also going to be extremely battery friendly and will use less space. Contrastingly, the iPhone 7 will sport a 16nm processor with the A10 Fusion. The A10 Fusion is a unique 64-bit system on a chip designed by TSMC. This technology is considered to be matchless within the smartphone world. Interestingly, the iPhone 8 on the other hand, will sport 10nm chips, similar to S8.

Samsung presented its mobile chip roadmap at the Samsung Foundry Forum last week. The event took place at the Device Solutions America headquarters. The company revealed that it is working on three new chips; the 14nm, the 10nm and the 7nm.

The new 14nm process technology, or 14LPU, will provide a higher level of performance with the same power and design as the 14LPC models. 14LPU will also be the best-suited model for high-performance applications. Whereas the 10nm process  will require less area than the previous generations of the 10nm process. It will also be the most cost-effective technology yet created. The 7nm process technology or the mobile chip of the future was also updated. There has been no word on when we can expect a release of this exciting technology.

Senior VP of foundry marketing at Samsung, Ben Suh, said that the company is confident of the technology which will “provide design advantages on an aggressive process with maneuverability considerations.” He also said that the products have gotten overwhelmingly positive feedback in the global market.