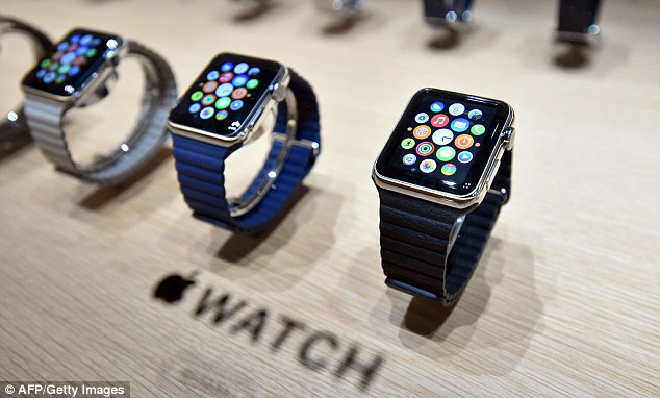 Apple’s Apple Watch (try saying that 10 times) was an undeniable success. The tech giant’s first taste into the wearable industry was one of class, style, and beauty. Whether you’re an Android, Windows, or iOS user, you have to admit, the Apple Watch is pretty. The basic, sport model isn’t a fancy as other wearables, such as the Moto 360 and the new Pebble Time Round, but once you start talking about updating the bands and/or even the case into the Apple Watch or Apple Watch Edition, then you’re talking complete fanciness.

The one thing that people really love about the Apple Watch is its customizability, something that is very rare to have with Apple products. One could easily choose between a series of cases, sizes, watchfaces, and could also interchange their bands. Although some of these changes were rather expensive, people loved, and still love, the  ability given to do this.

But now, over a year has passed and Apple hasn’t given us any hint of a second-generation new Apple Watch 2. During the last Apple Keynote on March 21, Apple gave us a set of brand new Apple Watch nylon bands. The Keynote before that, Apple also released a couple of new band colors and updates with watch OS 2.

So there’s only one question: new Apple Watch 2, where are you? Sorry Scooby-Doo for taking part of your theme song but seriously, where is the Apple Watch 2? I, personally, expected it to be announced at the March 21 event alongside the iPhone SE and the smaller 9.7 inch iPad Pro. When Tim Cook closed the event, I was rather disappointed.

A report by analyst Brian White says that the successor to the beloved Apple Watch should be announced at WWDC this June. Although it is rare that Apple announces actual hardware products at WWDC, considering it’s a developer conference, Apple has indeed managed to squeeze in a couple products here and there. Some of these include the iPhone 4, which was announced at WWDC 2010, and the Mac Pro, announced at WWDC 2006.

All is expected to be unveiled soon and I surely hope that Apple gets it right.