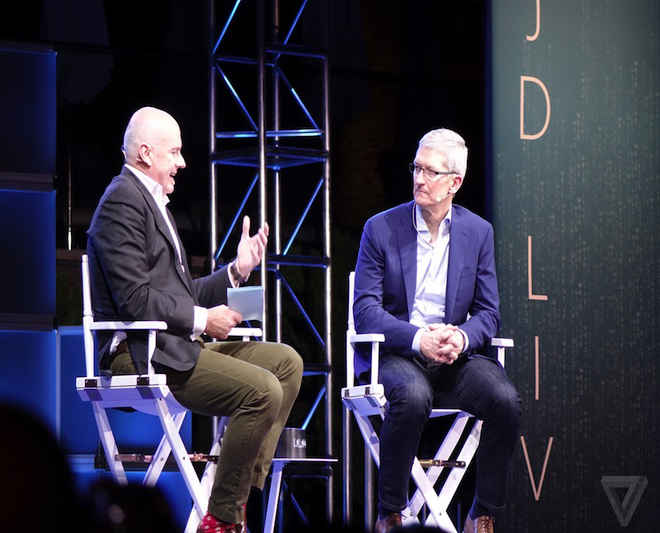 Apple revealed the new Apple TV in the Sept ‘Hey, Siri’ event on September 9. It will also feature a separate application store which will include games.

Apple CEO Tim Cook was quoted as saying  that “apps are the future of television”. But Apple has remained radio silent ever since about the Apple TV.

What we are all clamoring to know is when the new Apple TV will release. Apple announced last month that the release date is going to be sometime in October. It now seems that the release of the product is on track as the CEO of Apple Tim Cook stated on the WSJD Live conference which took place in Palm Springs, California that the streaming box will launch in the next week. Tim Cook was interviewed by Wall Street Journal’s  editor Gerry Baker on this event and some details were gleaned from him about the next generation Television set. This means that Apple TV will make an appearance just before the end of this month. The set top box will be sold in retail stores in the first week of November and will be sold on Apple’s website before that.

The device costs $149 for a 32GB model and $199 for a 64GB model. Apple will start taking orders from Monday and ship the device by the end of the week. Cook called the Apple TV “the foundation of the future of TV.” With Apple TV, Apple aims to mend the ‘broken’ experience of Television watching. Using Apple TV providers can sell directly to the consumers. According to Tim Cook, the system  considered as ‘linear TV’ with channels being streamed through cable should be ‘brought up and modernized’ by streaming services which can give consumers premium programming. He believes that applications on the Apple TV will help you to do this.

The Apple TV will have virtual assistant support with deep search functionality, dedicated Apple Store and onboard storage. Users will be able to ask Siri question via a touch pad remote control which has an embedded microphone and motion sensors. The new set-top streamer is powered by a beefed up A8 SoC.