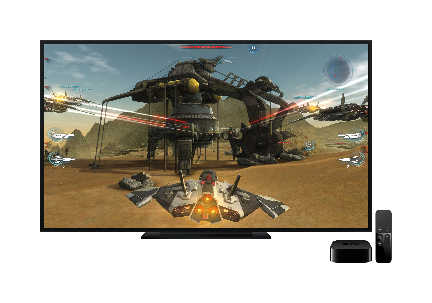 Apple’s release of the new Apple TV is drawing near, so near that they will begin taking orders on Monday.  We can expect them to begin shipping later in the week.  There have been a lot of updates released this week, iOS 9.1, Watch OS, a golden master for developers of tvOS and Xcode 7.1.  Apple has also reminded developers of the soon to be available App Store for Apple TV and invited them to begin submitting their tvOS apps for review. Apple is getting their ducks in a row in preparation for this anticipated release of the New fourth generation Apple TV.

I for one plan on being an Apple TV customer in the coming weeks. It appears to be the device I’ve always hoped it would be. I’m especially interested in apps for children for my five-year-old.  If she is going to spend time looking at a screen, I’d prefer she look at the big screen TV rather than my iPhone or iPad. I read on Apple’s site that there will be apps that can turn your living room into a classroom.  Add a wireless controller or two and we have the makings for Family Game Night.

Being able to call on Siri to find content is another dream come true for me. Manually keying in search terms with the current remote is time-consuming and frustrating to say the least. It’s taken way too long to find episodes of my daughter’s favorites shows with the 3rd generation Apple TV remote.  In fact, the first thing I’m going to do after we set up the new set top box is say “Hey Siri, find all episodes of Bubble Guppies”.

I guess the only decision to make is which one to buy, 32 or 64 gigs. I maxed out my 64 Gig iPhone so I’m thinking bigger is better in this case.  I don’t like to predict, but my gut tells me this will be yet another winner for Apple.