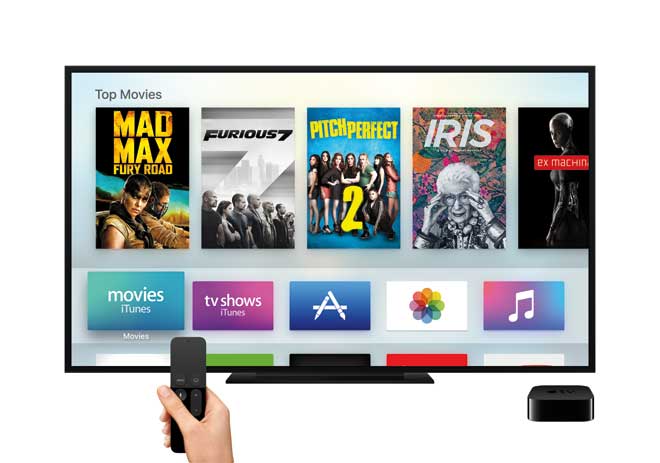 Get the latest news on Apple TV with the Haystack App.  Haystack allows you to aggregate the news so you can basically serve up your news the way you want it.  Choose your preferred sources and topics to personalize the news the way you want it. Although Haystack has been around for some time now on iOS devices it is now making its debut on Apple TV.  If you’re a news junkie (like I am), Haystack may be just the ticket to satisfy your need to know.

An official release of Plex Media Server now runs on the new Apple TV. Unlike before, it requires no jailbreaking. This is an official tvOS App.  Plex allows you to organize and serve up all your media on the Apple TV.  Once Plex organizes your media it will add artwork to movies, provide cast members and summaries and present the content in Apple TV much like Netflix or iTunes.  This app is Free and available now in the tvOS App Store.

A new Shopping Category has been added to the iOS App Store so look forward to an HSN-like experience on steroids, not only on Apple TV but on your iOS device as well.

Apple insider reported that the new Apple TV supports 3DTV right out of the box. A 3DTV connected to an Apple TV will display 3D content streamed from Apple TV 4th generation.  Pangea Software has already announced it’s plans to make all of its games compatible with 3DTV.

The more I learn about the new Apple TV 4th generation, the more I like it. (Santa please…..)