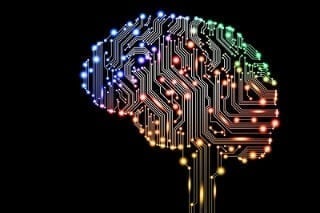 What are Neural Networks

The human brain is the most efficient processor known to mankind. Its ability to analyze data and make decisions in real time has not been matched. This has not stopped scientists and researchers from trying to recreate something similar, neural networks. As the name suggests, a neural network is a network of neurons connected together.

As Applied To Artificial Intelligence

In Artificial Intelligence (AI) a neural network is a computer system modeled on the human brain and nervous system. The inventor of the first neurocomputer, Dr. Robert Hecht-Nielsen, defines a neural network as…

“…a computing system made up of a number of simple, highly interconnected processing elements, which process information by their dynamic state response to external inputs.”

The idea behind the neural networks is that the workings of a human brain can be replicated by using silicon wires as neurons and dendrites. The networks are made up of a number of nodes, where each node replicates a neuron. These nodes are all connected together and can interact with one another. They can take input data and perform single operations on the data. The result is passed onto the next one and the output of each node is called its activation or node value.

Each node is associated with a weight. Neural Networks are capable of learning, which takes place by altering weight values. There are two types of neural networks; Feedforward and Feedback.

In the feedforward network, the information flows in a single direction. A unit sends information to another unit from which it does not receive any information. There are no feedback loops. They are used in pattern generation, recognition and classification. They have fixed inputs and outputs. Whereas, in feedback networks, feedback loops are allowed. These are used in content addressable memories.

Like the brain, neural networks also have the capability to learn and this is where machine learning comes in. Different machine learning techniques can be employed to ensure progressive learning and improve the system in real time. We will see a little more development in the field. Machines will be replacing humans for simple but arduous tasks in the near future.