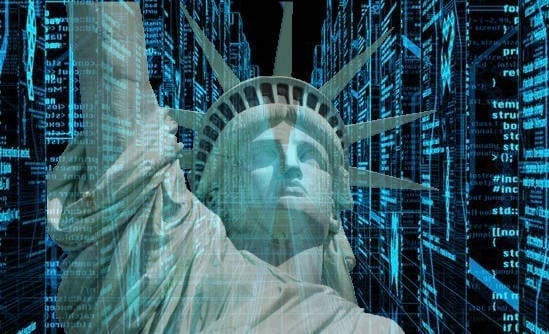 We at CupertinoTimes have joined the Net Neutrality Protest against the FCC plans to roll back the rules that require service providers to treat all web traffic equally. Back in May, we published an article on this subject and it’s time to get the word out again.

The FCC’s attack is focused on Title II regulations. By overturning Title II, it would clear the way for ISPs to throttle your bandwidth when viewing content from sites that may not have a business interest in the ISP providing your connection. This would lower your viewing experience as well as diminish your freedom to watch what you want when you want. It will un-level the playing field and stifle competition.

Let’s look at a hypothetical. Imagine that AT&T receives money from a big website with deep pockets. This would ensure that its content will be in the “fast lane” and delivered at the highest speeds. Those sites that do not have deep pockets and don’t pay a premium are in the slow lane. Repeal of Title II Utility Regulations is another play to transfer wealth and control of an open and free internet to the hands of the biggest players who care about one thing, their shareholders.

Proponents of this move say, “Repealing Title II Utility Regulations will strengthen the Internet”. For Who?  They claim that these regulations stifle growth on the internet. Really? The Internet has seen nothing but growth for the past 20+ years. It has grown into the huge economic engine that it is today with Title II in place. It’s as if the big players like AT&T and Verizon and others are simply saying “trust us, we won’t do that”. History has taught us that when regulations go away, the general public get’s screwed. There needs to be a balance and the Internet needs to remain free and open.

You could see messages like “This site has been blocked by your ISP” when visiting some of your favorite sites. Or you can see your bandwidth throttled at your ISP’s discretion.  You can lose yet another piece of the freedoms we enjoy.

A multitude of companies have aligned behind the Net Neutrality Protest to this FCC initiative. Why, because it will give cable companies the potential to pick and choose winners and losers. Also what content you will be able to access at normal speeds. At our last count over 180 companies have come out against the FCC efforts to roll back the rules. Google, Facebook, Apple, Amazon, Netflix, Reddit, Mozilla, Kickstarter, Cloudflare, and Spotify to name a few.

July 12th, 2017 is a “Day of Action”. It will be an opportunity to let your voice be heard. If this issue is important to you and it should be, visit https://www.battleforthenet.com/ and let the FCC know how you feel.

We would love to hear your voice on this issue so leave your comments below.