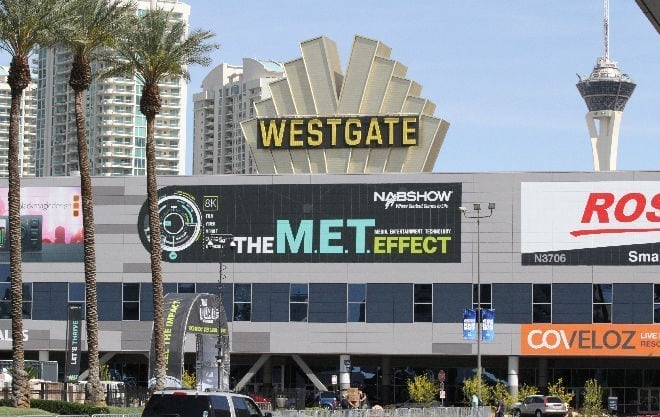 Our friend and fellow blogger, Andy Marken attended NAB 2017 (National Association of Broadcasters) this year and there was a lot to see.  There will be more on this in the coming weeks. But first, are going to take a look at what most filmmakers are doing today.

4K is now being used by almost every filmmaker for feature films, documentaries, and episodic series. The marketplace has opened up for them and presents financial opportunities.  Every content delivery channel around the world is looking for great content to offer to their viewers.

There was an undercurrent of uncertainty due to the rapid changes taking place in the industry. This and a potential Writers Guild strike made the “establishment” a little uncertain about what’s coming. Even though, NAB was an exciting event for independent filmmakers.

Awesome, affordable cameras were on display along with feature-rich, stand-alone and cloud production tools. Lots of fast and reliable storage solutions were demonstrated.

There were many streaming opportunities for sales or shared revenue for filmmakers from services like Amazon Prime, Netflix, Hulu, Vimeo, TenCent, Yoku, Hotstar, Voot, BritBox, Now, Sky and Rogers. 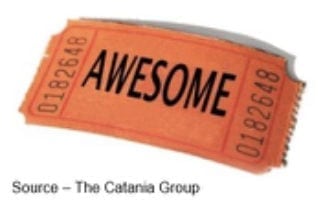 “Yes, You – Cirina Catania, co-founder, and lead creative of The Catania Group, got Indie filmmakers off to a rousing start at SuperMeet which was held in conjunction with NAB. She started the presentation by leading attendees in an inspiring cheer, “I am awesome” and explained the important role they play in today’s changing M&E industry.”

Cirina Catania, co-founder and lead creative of The Catania Group, told attendees at her presentations,

“It’s an awesome time to be a visual storyteller.” “There are billions of screens that enable audiences to enjoy great content like yours.  People are watching practically everywhere–in their cars at a red light; on their commuter train on the way home; in the back of the classroom; and, yes, when they finally get home, in front of their TV set.

Viewers want the choice of what to watch, whether it’s a full-length film, a documentary or an episodic series. They want to choose the what, where, when and how, and they especially love binging,” she added. “For you and me, there are a growing number of distribution organizations that want to meet that independent viewing desire.  Our challenge is to make insanely great content, work with the right sharing service and make a living doing what we love to do.”

To improve profit margins, content providers are looking past traditional production studios that focus on expensive, blockbuster films. Instead, a shared cost/shared revenue model across a broader range of subject matter has gained favor.

The Tools That Capture

At NAB 2017, every camera manufacturer showed cameras that are more compact, more powerful and more economical this year.

There were two cameras we found interesting. The Blackmagic Design URSA Mini Pro and the Canon’s new 5D Mark IV.  The URSA Mini Pro wasn’t just affordable, it had a full range of broadcast features and controls. ND (neutral density) filters, an interchangeable lens mount, and a customizable remote control. 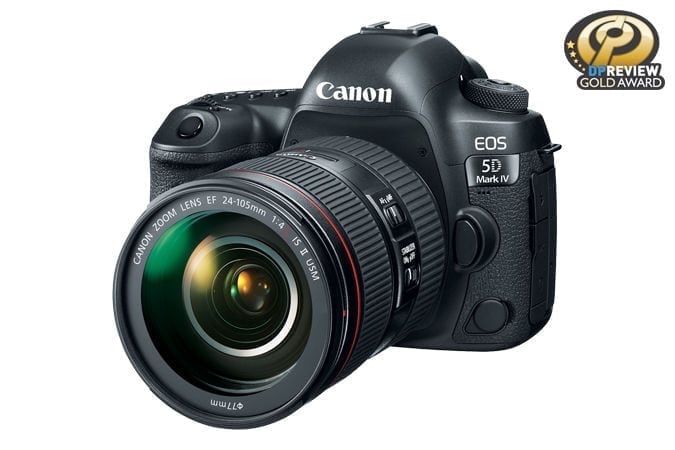 “Powerhouse – Canon’s new 5D Mark IV received a lot of attention at NAB because of its super features, capabilities, and price.”

Blackmagic never ceased to amaze us, but we were mesmerized by Canon’s new 5D Mark IV. This camera has a maximum dynamic range of 12 stops at 400 ISO. The Mark IV just looked and felt like the kind of camera any shooter would want. 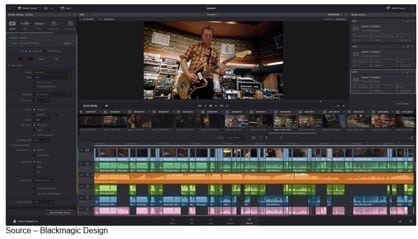 “Magic Tool – Blackmagic Design’s new DaVinci Resolve 14 includes a number of excellent features and capabilities but the added audio and sound track features made a lot of NAB attendees envision new creative possibilities for themselves.”

Andy gives thanks to immersive education attendees received from Woody Woodhall. Woody is the president of Santa Monica-based Allied Post Audio. Andy reported having a much greater appreciation for the depth and importance audio plays in the production of a successful film.

Impressed with Blackmagic and what they had done to merge the features and capabilities of their acquired Fairlight into the DaVinci post production software.  It delivers 192kHz, 96-bit audio, and up to 1,000 tracks. the software can now provide production people with real EQ (equalization), dynamics processing and plug-ins on every track.

A lot of power tools are in the filmmaker’s toolbox that helps to produce content with soul.

With 4K video now being the accepted standard for video, OTT (over the top) providers are now getting confident they can stream 4K to consumers without frame stutter or buffering delays, even with bandwidth as low as 10Mbps. This is thanks to advanced codecs (encoders/decoders).

NHK created excitement by showing the industry how beautiful tomorrow will be with breathtaking 8K content production and delivery.

“8K Roadmap – While the industry is just getting comfortable with 4K and learning how to implement and stream HDR, NHK is already promoting the next-generation capture and distribution standard, 8K.”

South Korea is focused on upgrading their delivery service to stream 4K content using ATSC 3.0 and 5G. This is in preparation for the 2018 Winter Olympics in Pyeongchang. NHK is also focusing on broadcasting the yearlong Olympics drama in 8K leading-up to the 2020 Tokyo Games.

So I guess this means we’ll have to replace our smart UHD (ultra-high definition) 4K/HDR (high-definition-resolution) set in a few years. Are you listening honey? Seriously, 4K content is awesome, but 8k is awesomer.

With the exception of Netflix, and Amazon HDR hasn’t been widely implemented yet. Of course, there’s always the special evenings out when we go to an IMAX or one of the Dolby Cinema theaters where you can really appreciate the depth and intensity of the HDR experience.  To put it simply, Simply stated, blacks are really black and whites are sparkling white. 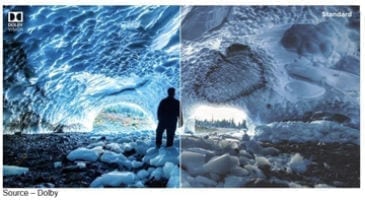 “Alive with Color – When you look at the split-screen image showing HDR on the left and today’s widely used 4K, the difference is obvious.  With HDR, colors are deeper, richer and the scenes come alive in a way anyone can tell the difference.”

Most of the better cameras and production tools already support HDR. The folks who deliver the content to our homes need to figure out how to stream HDR properly.

Dolby’s HDR solution is widely endorsed by the film industry. But that did not stop companies like Samsung or Google from announcing that they have a better approach to HDR. These are the growing pains we go through before a standard is adopted.

Andy tells us: “The great thing for me about NAB 2017 isn’t what’s going to be but rather what filmmakers are doing now that everyday folks can enjoy on their screens, and that’s 4K.”

4K  content consists of lots and lots of data – especially when you go from RAW to the final product. Add backups for all of it and you may have a storage dilemma. 4K requires lots of rock-solid storage. 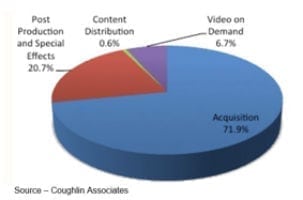 “All About Storage – Higher resolution, higher color intensity video content requires more storage capacity than many filmmakers realize at the beginning of a project.  The content almost seems to grow on its own.”

While many of the folks in the industry are wrapped up in the creative process, those who have had to reshoot footage or work with companies like DriveSavers to recover lost content from a dead hard drive know it’s no fun and it ain’t cheap.

Just go through that experience once and you’ll learn that a cheap storage solution isn’t worth it. You need a complete content retention program that includes:

NAB 2017 was not only about new (and cool) products. Filmmakers whose reputations rise or fall based on creative works we actually get to see were given the mic by OWC.  We will cover what we learned from these filmmakers in an upcoming article.