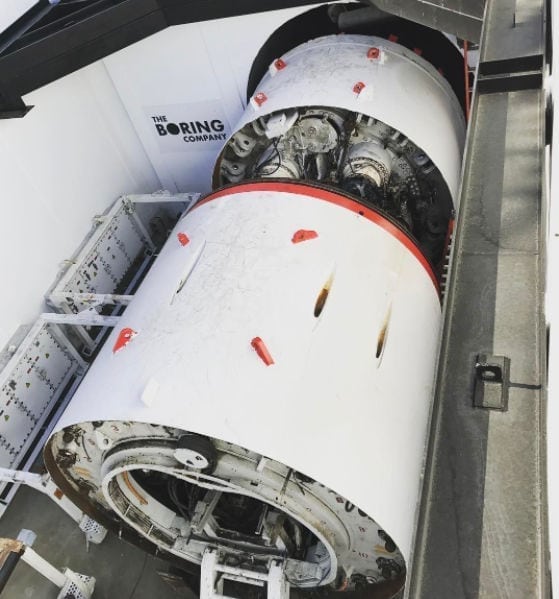 Imagine being able to travel between New York City and Washington DC in 29 minutes. Currently, the fastest train would get you there in about 3.5 hours. Traveling in an underground, low-vacuum sealed tube with little to no friction or air resistance would make traveling from point A to point B at 700 MPH possible.  At least that’s the plan Elon Musk has come up with and plans to execute in the coming years.

Elon Musk started the “Boring Company” with the vision of moving traffic congestion underground and safely speeding it along at 10 X the speed of most Interstate Highways.  Above ground tests of the system have been going on in the Nevada desert and prove to be promising.

This week Musk tweeted that he has received verbal government approval for his Boring Company to build the underground Hyperloop linking New York City, Philadelphia, and Washington DC. This is not a formal written approval.

Musk tweeted “Still a lot of work needed to receive formal approval, but am optimistic that will occur rapidly.”

Undoubtedly there is a lot of work that needs to happen before the company can get there. None the less this is a positive sign that this project may very well move forward.  Personally, I’d love to see a hyper loop between Las Vegas and LA and or LA to the Bay Area.

The Boring Company, one of Musk’s ventures will do the actual boring of the tunnels.  These would be smaller 14’ diameter tunnels which are half the 28’ size of a conventional tunnel for one lane of traffic. This would significantly reduce cost and time to completion.  The 14” diameter also perfectly accommodates the electric skates that will move the vehicles through the tunnels. The result of such a transit system would be a smaller, cheaper, faster and cleaner system with zero emissions.

The Boring Company website has an FAQ page that answers a lot of questions and explains the technology and its benefits in more detail. Check it out.

This is the type of development that will propel our country into the vision of the 21st century many of us have. It will improve our transportation infrastructure while adding no emissions. It will also provide jobs. This is a win, win, win.  I wish the Boring Company much success with this.