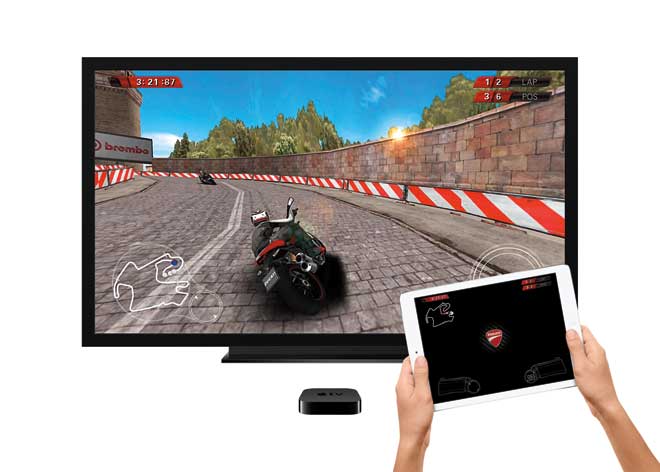 Much Improved Apple TV in September

Fans have been eagerly waiting for the launch of the new and improved version of Apple TV for quite some time now. Reports coming in from the company indicate that Apple is ready to launch its much improved Apple TV in September this year with better software and hardware. This launch will take place simultaneously with other gadgets like new phones and tablets.

Normally Apple chooses the month of September every year to introduce its new products to its loyal fans across the world. There were plans to launch the new Apple TV in June during the Worldwide Developer’s Conference, but Apple shelved this plan to take the time to add some more features to its Apple TV.

There will be many new features in the set top box that has remained almost the same for the last three years. Among the new features will be a very fast A8 processor and a remote control with touch pad inputs. You will be able to glide to the features of the remote control like you do on the touch pad of your laptop. The set-top box will not only be much slimmer but will also boast many new features. The OS of the set top box will be very advance and it will provide support for SIRI. This means you can even make Apple TV dance to your tunes by giving it voice commands. This is not all as Apple has thrown open this platform for the developers around the world who will be able to design applications for use of owners of Apple TV. Apple hopes developers around the world would be encouraged to make third party apps for its new set-top box just like they do for iPhones to entertain users around the world.

There will be no simultaneous launch for the streaming service from Apple along with the launch of the new improved Apple TV. But there are all indications that Apple is planning to launch its streaming service by the end of this year or in the early part of 2016. Also, there has been no announcement from the company about the price of this new Apple TV. But as it is being introduced during the annual September keynote, fans can expect a lot of goodies coming their way along with Apple TV as a launch offer. Be ready to be pampered by Apple with its new offer.