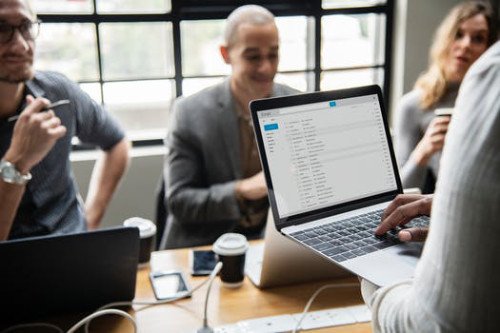 MongoDB is an open-source database system, which is more document-oriented and helps to store business documents using dynamic schemas, which is a more innovative approach compared to the conventional relational databases. Even though NoSQL is a pretty new concept in terms of database management, MongoDB is largely gaining attention lately with its ability to calculate the MapReduce and the distributed key-value stores.

As we can see, the fast-exploding data on internet and other sources are raising the requirement for more capable databases to ensure high performance and need-based scaling. Corporate is on the look for database capabilities to handle huge volumes of individual data chunks. This is a major reason why unconventional databases like MongoDB are becoming more acceptable.

Being one leading in the line of NoSQL databases, MongoDB has some significant advantages. Apart from high-end flexibility and scalability to handle volumes of data, it also helps the enterprises to streamline data services and manage the business apps with improved efficiency. More importantly, it helps improve the overall user experience too.

An overview of MongoDB

As discussed above, one can see that MongoDB had grown as one of the top among NoSQL databases in no time. A lot of business, of all scales, with the need to handle a huge volume of data adopted MongoDB in a quick and agile manner. MongoDB is object-oriented and open-source alongside being simple, scalable, and dynamic. It is developed on C++ programming language, which ensures top performance and flexibility. Some notable features of this database system are as below:

A few major business sectors in which MongoDB can ensure optimal performance are:

Some business functions pointed out by RemoteDBA.com in which MongoDB can be more effective include:

All these made MongoDB a welcoming NoSQL database in no time

Even though there are many MongoDB takers, there are a lot of DBAs still want to stick to the traditional SQL databases as MongoDB now has its own share of disadvantages too. So, for the business administrators to make a better choice regarding choosing between these, here we will try to list a few advantages vs. disadvantages of Mongo DB in case of business database management.

When you have to deal with huge volume data to manage traffic distribution to various machines to do load balancing, then there is a significant advantage of using MongoDB over conventional databases. Sharding is a unique approach by MongoDB, which helps to fulfill the demands related to data growth and enables horizontal scaling over multiple machines to accommodate the increasing volume of data.

As data is stored a single point, MongoDB works so fast. But, on the other hand, it works this way only if all the data you handle is a single document. While working on a data which is a relational model, it may take more time to handle independent queries to retrieve data.

By storing a key name for each document, MongoDB needs higher memory space. Joins and slow queries are also not possible so you may have to deal with a fair amount of duplicate data too.

Unlike the relational DBs, joins aren’t possible with MongoDB. You have to do multiple querying if there is a need of joins, which needed to be done manually.

MongoDB is a relatively new platform which is still under development whereas SQL was well established in the 1980s itself. Within its short span of a lie, MongoDB is also not extensively documented and also face difficulties with lack of support.

Considering all the above factors, you can see that there are many benefits as well as drawbacks on adopting MongoDB as your DBMS. You need to seriously think of a switch on to it only if the advantages can significantly benefit you and the disadvantages may not affect you much. Also, as we have seen, traditional relational databases are there in practice for a long time, and MongoDB is comparatively new to the database administration industry. It does carry a lot of potential for sure, but we may have to wait for a few more years to see it fully matured and functional to effectively meet the database management challenges. There is a higher possibility for MongoDB to become an advantageous platform in the databases industry in the future.

More on this topic: Tap Forms, A Suitable Replacement For Bento