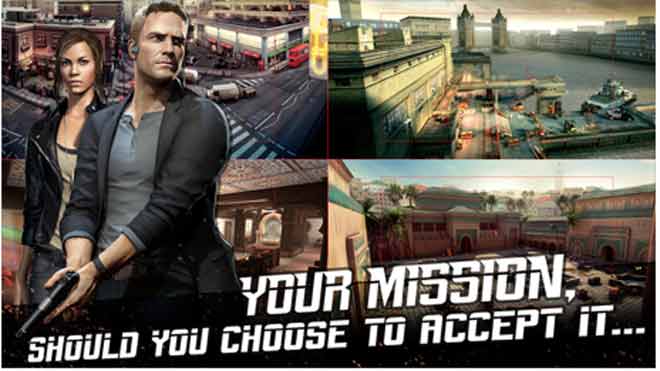 The latest installment of the Mission Impossible series is set out to be released across cinemas worldwide on the 31st of July 2015. However, an official game for this movie has already been released on the App store for iPhone and iPad users.

The game based on the new installment of Mission Impossible has the same name as the newest movie part i.e., Mission: Impossible — Rogue Nation. The game offers iPad and iPhone users a number of free to play levels set in locations from the movie itself. The game play is a combination of first and third person action scenes which put the player behind a firearm.

The game has been developed by Glu and takes after similar games developed by the same company such as Contact Killer, which also puts the player behind a firearm set in different locations.

The Mission: Impossible — Rogue Nation game available on the App store is free to download and up to some levels also free to play. However, it offers a number of paid-in app purchases for in-game items. As most games, you will need an internet connection to play this game and while playing you might also find some ads in this free game app. You can easily play this game on all iOS devices however, it won’t download on the iPod touch 4th-gen as it does not have the iOS system.

As mentioned earlier, the beginning levels of the game are free to play however, in-app purchases begin from $0.99 all the way to $99.99! What this means is that the beginning levels are free to play and if you want to continue playing advance levels, you will need to pay to open those levels. Therefore, while playing if you reach a locked level you can pay using in-app purchases or more commonly known as IAP.

Once the game is downloaded and you are set to play, in the game you need to track the syndicate across the globe. Therefore, you will be equipped with advanced firearms and weaponry and you need to complete impossible missions given to you (that’s where its name comes from – Mission Impossible!). Moreover, you can also join and create agencies of your own inside the game and also defend your bases and destroy enemy bases.

For all those fans of the Mission Impossible movies, you will not be able to put this enchanting game down. This game happens to be an excellent game and is around 100MB in size which is not bad for a game like this. If you can’t seem to wait for the movie, this game will distract you for sure and will make the wait easier.

This game has been an immediate success; Paramount Pictures can only hope that the newest movie of the Mission Impossible series has a similar response.