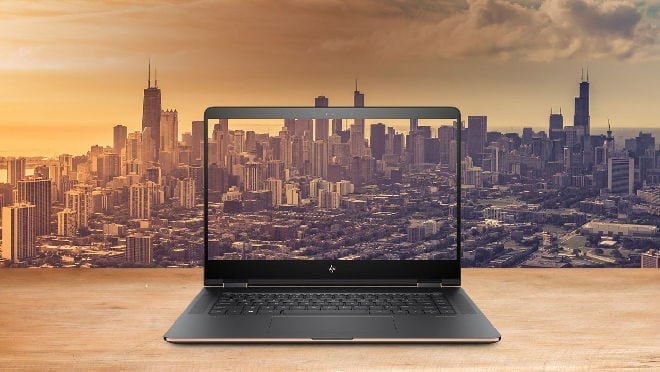 For PCs like the Spectre x360, with the bezel-free vivid 4K display, discrete graphics with pen support are laying the groundwork for 2017’s newest Microsoft upgrade. Microsoft promises to introduce a new era of gaming experiences and virtual reality. This will come in Microsoft”s Creator’s Edition Upgrade this Spring. Microsoft would like to see a laptop like Surface from OEMs. With these innovations on the go, HP aspires to recapture the first spot by creating the world’s best PC. This distinction has now been lost to Apple. To do so, Mike Nash, the VP of Customer Experience at HP pulled some strings. Mr. Nash was previously employed by Microsoft.  He met with his Microsoft colleagues to think of ways to create the ‘ideal laptop’ back in 2015.

Nash was using HP customer surveys directly to address any and all changes HP could undertake within the hardware and software limitations. With the upcoming launch of Microsoft Windows 10 and Apple taking over the IT market, now was as good a time as any to reassess laptop technology.

They aimed to hold hands and revive HP like Lenovo did six years ago and hold the first spot again. After 14 months of fruitful intermingling, they visualized the Spectre x360 which would compete with the Apple MacBook Air. Such an alliance was bound to create the Spectre x360. It won the Editor’s Choice nomination from PCMag and received seemingly perfect reviews.

The conversations and subsequent partnership between HP and Microsoft proved that Apple wasn’t the only laptop manufacturer that was capable of delivering style and performance. The collaboration between HP and Microsoft continues today. Of course, Microsoft’s relationship with its original equipment manufacturers (OEMs) hasn’t always been Thai restaurants and Editors’ Choice laptops. Microsoft (the software manufacturer) and the OEMs (the hardware manufacturers) have had a turbulent, albeit fruitful relationship. In fact, less than a year after the Spectre x360 hit the market, Microsoft, in a bold and unpredictable move, unveiled its very own convertible laptop: the extraordinary Microsoft Surface Book. Also chosen for an Editors’ Choice award, and the darling of the technology review industry, the Surface Book was Microsoft’s first foray into laptop hardware. It is a gorgeous, long-lasting, business-ready device capable of competing with the Apple MacBook Pro.

After years of constructive collaboration, Microsoft and OEMs argued that Microsoft’s Surface Book would only affect the already congested marked. Some think the competition between the many OEMs would be a positive influence. Others see it as a massive hit to OEMs. Nevertheless, Microsoft is well reputed to take their team and give OEMs a chance to make a laptop like Surface. Microsoft and its OEMs are trying to make the world forget all Apples that are not red.