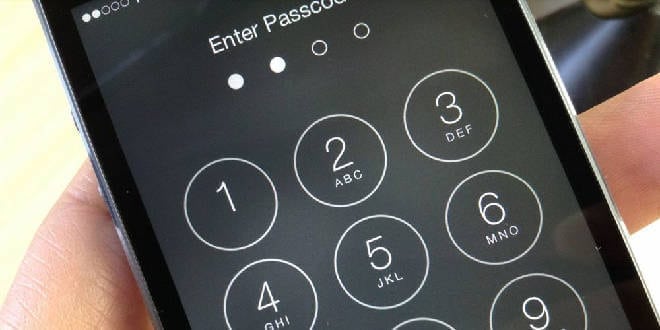 We all remember the fiasco with Apple and the FBI. When Apple refused to crack an iPhone passcode and give up privacy for the sake of security. As a result, both parties were involved in a long legal battle. It concluded with Apple winning the case. A similar situation is now seen in Florida. Where police officials investigating a man suspected of voyeurism. They have received consent from a Florida state appeals court to compel him to hand over his four-digit passcode. The police require the passcode because after iOS 8 the encryption on iPhones makes it virtually impossible to extract data without a passcode or Touch ID. Especially since a device can be set to auto-erase after 10 failed passcode attempts.

The defendant was arrested after a woman out shopping saw a man crouch down and aim what she believed was a smartphone under her skirt. Previously, a judge said the defendant could not be made to reveal the code, citing constitutional protections. That decision was then reversed by the Florida Court of Appeal’s Second District. Raising all sorts of questions about constitutional protections for citizens. Moreover, it also highlights the growing difficulties faced by those seeking personal security. Especially in an age where digital evidence is so important to criminal proceedings.

“We question whether identifying the key which will open the strongbox – such that the key is surrendered – is, in fact, distinct from telling an officer the combination,”

“More importantly, we question the continuing viability of any distinction as technology advances.”

This decision marks an important benchmark in U.S. law history. And a lot of lawmakers are not happy with the decision. The decision was criticized by a senior staff attorney, Mark Rumold, at the Electronic Frontier Foundation, a digital rights group.

Mark Rumold While Talking To BBC

“I think they got it wrong. This is not the first time this issue has come up in the courts. And I think other courts have done a better job of evaluating the Fifth Amendment and the constitutional rights that are at stake.”

This kind of ruling may decide what happens when similar cases are brought up later.