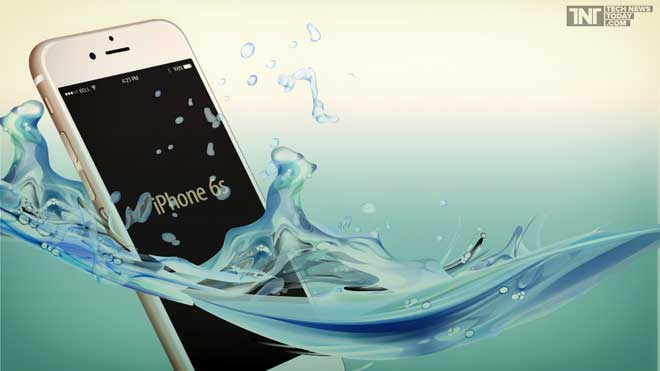 As soon as iPhone 6S and iPhone 6S Plus hit the stores last Friday, iFixit began it’s tear down of the high-end smartphones. Exploring the latest iPhones, iFixit discover the specifics of the smaller batteries, Taptic Engine, and 3D Touch display. However, iFixit’s interest in the new iPhone grew when some of the brave iPhone fans began extensive water resistant testing and thus iFixit decided to search for the answer to what are the reasons behind iPhone 6S water resistance by revisiting its teardown of the devices.

When the site inspected the water resistant models, a strip of glue was discovered which primarily acts as a gasket surrounding the entire inside edge of the new iPhones. Comparison with the previous models revealed that there was a total increase of 0.3mm in the width of the gasket of this years iPhone.  This component was described as “a string of a sticky goop.” Moreover, iFixit went on and theorized that if this was not placed to hold the components in, perhaps “it was designed to keep liquids out.”

First, Apple takes this gasket business pretty seriously: they didn’t just run a strip of glue around the existing display like they were caulking a bathtub. Instead, it appears the iPhone’s frame has been subtly reworked to accommodate the new gasket. We noted a slight, but measurable, increase in the width of the lip running along the perimeter of the frame—it’s about 0.3 mm wider than on the iPhone 6, making it just wide enough for that little gasket to land on.

One-third of a millimeter may not seem like much, but given how tight the iPhone’s tolerances are nowadays, the change is big enough to see with the naked eye. And it’s almost certainly enough of a change that other components had to be subtly tweaked to match. Make no mistake, Apple gave this careful thought.

This isn’t it, as iFixt also pointed out that even the logic boards of the new iPhones appear to be modified to equip it to protect against liquid intrusion, with all of the cable connectors present on the logic board — “from the battery and display, to the Lightning port and buttons”—surrounded with a small silicone barrier. According to iFixit this was not a coincidence as the connectors present on the logic boards are the most vulnerable to water within the iPhone’s body. Moving on, the rest of the internal components of the iPhone, like the headphone jack, speaker, power and volume buttons didn’t have any form of water resistant arrangement.