I had recently received some DVD’s from my sister that contained a bunch of old family memories including pictures and digitized Super8 videos from when we were kids. Did I say Super8? I feel so old now. She told me that she would get errors when trying to play them. One of the DVD’s was from relatives in Italy that she could not play at all. I could not play it as well so I suspected it had to do with region code encryption other than region 1 which is North America. Europe is region 2. To put it simply, all of the DVD’s had errors. Thanks Sis.

Now my other siblings found out that I was now in possession of these old family gems so of course, they wanted copies, but they had different requirements. This quickly became a puzzle that I was expected to solve. I finally got around to it recently and as I got further into this the more problems I found.

I’m a Mac user so I expected errors since the disks were not burned on a Mac. First I got the “failed to read DVD” error.  And then when I inserted the one from Italy, I got the “DVD won’t play on Mac“ error. I thought this was because of the region code restriction. But this was a homemade disk so I don’t think that was the issue. It quickly became clear to me that I was going to need some help so I turned to MacX DVD Ripper Pro to get me over these hurdles.

MacX DVD Ripper Pro is a comprehensive tool for DVD ripping, format conversion, and more. It looked like it would get me through this challenge. 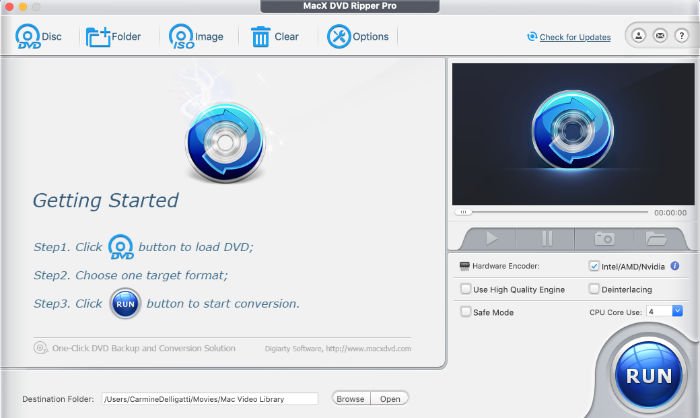 I loaded one of the DVDs but when I clicked on the DVD option I received an error. I expected this since I was dealing with homemade disks. I used the DVD Folder option and continued through the process.  The disk contained an Audio_TS folder ad a Video_TS folder. Selecting the Disk and then clicking Open loaded the files instantly with no problem.

Even though I didn’t have any encryption issues with these disks, I have had these issues previously when my Father-in-law wanted to play disks he brought back from China, which is Region 6.  Encryption is always a challenge when ripping DVD’s but MacX DVD Ripper Pro can bypass common region-code, CSS encryption, and new UOP, Sony ARccOS, and even Disney X-project encryptions. Both PAL and NTSC are supported. Removing or changing encrypted region codes or DRMs (Digital Rights Management) is well documented on the company’s website. I found these links to be very helpful:

I must say that I was impressed with the slew of output profiles available. The list is lengthy and covers just about every need.  Apple Devices, Microsoft devices, Android, SONY and many more. I’m on a Mac so selecting Apple Device brings up a complete list of options for Apple users.  iPhone, iPad, iPod, Apple TV, iTunes video and many more. The number of choices is impressive.

I chose Apple TV for my output profile and for one of my siblings.  For my other sister, I chose Microsoft Devices > Surface video. I was able to successfully rip both DVD’s and the end result was an error-free copy formatted specifically for our devices. 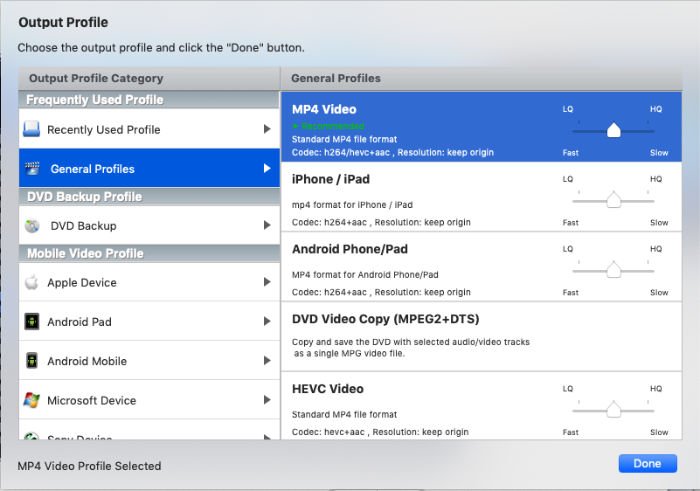 MacX DVD Ripper Pro is fast and features Level-3 hardware acceleration. There is no quality loss and it supports up to 36X speed. It features a high-quality engine and deinterlacing technology. It delivers lossless output video quality, and no audio out of sync with the video, or drops in FPS and no aspect ratio change errors.  A wide array of output formats like; MP4, MKV, MOV, FLV, MP3 and many more formats for playback on specific models of devices.

The company is offering licensed copies of MacX DVD Ripper Pro V6.2.1 to everyone for free. Windows users can check out the WinX DVD Ripper Platinum giveaway campaign.

This challenge ended up being a painless experience, but I will never let my siblings know that. I intend to milk this favor for all it’s worth.

Check out MacX DVD Ripper Pro for yourself. You can download a free version here.

Also, check out these links:

More on this topic: MacX MediaTrans – The iTunes Alternative