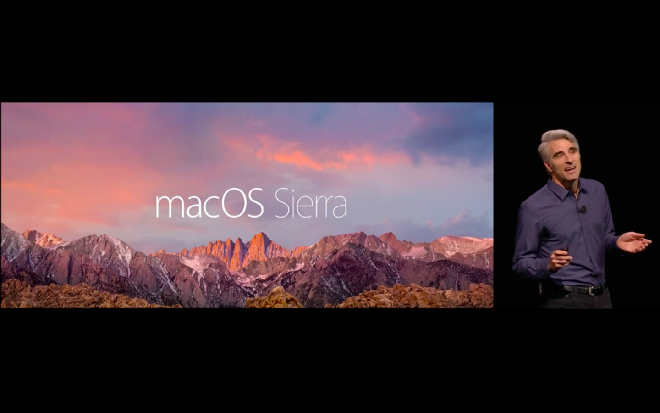 Apple is greatly known for using the letter ‘i’ in their product names such as the iMac, the iPhone, the iPod, and the iPad. It was surprising to see that There was never an iTV or an iWatch. Instead, Apple decided to put ‘Apple’ before the product category, as seen with the Apple TV and the Apple Watch. This new form of naming reached all the way to Apple Pay. I bet the next iPhone will be changed to Apple Phone (which doesn’t sound as well as iPhone).

But something that hasn’t changed much since its introduction is OS X. Mac OS X is the operating system that runs on Apple’s iMacs, MacBooks, Mac Pro, and Mac Mini. Apple has decided to name each succeeding version after a Californian location such as Mavericks (named after Mavericks Beach), Yosemite (Yosemite National Park), and many others.

Apple has gone in a different direction when naming operating systems for other products. For example, the Apple Watch runs watchOS, the Apple TV runs tvOS, and iProducts run iOS. Rumors have been going on for years that Apple will choose to change the name for the Mac operating system.

Recently, there have been a few reported sights of Apple referring to OS X as the expected new name, “macOS”. MacRumors, one of the most trusted Apple blogs, reported seeing this new name for OS X in a document for the Apple App Store. During the week of Earth Day, another Apple blog, 9to5 Mac, spotted this same name in a piece of published information where Apple referred to the Mac operating system as “MacOS”, now with a capital “M”. Developers have also spotted several references to this name in the Mac OS X code.

This new way of naming products is one that Apple should follow. Apple has entered a new era with the death of former CEO Steve Jobs. Tim Cook has taken it upon himself to change many things about Apple’s products since his appointment to CEO. Apple’s “i” era may finally come to an end and reveal a new beginning for one of the world’s most beloved tech giants.

It’s official, our beloved computer OS will now officially be known as macOS with the next version being Sierra available this Fall.