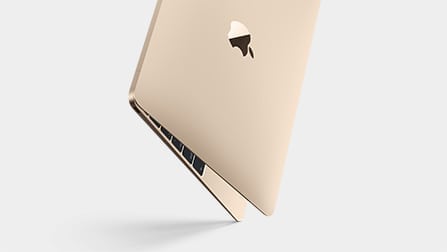 The Apple Event is going on as the World watches. After talking about the iPhone, its growing market share and the ResearchKit and HealthKit (they seem awesome by the way) the audience was introduced to the latest MacBook Air – the MacBook Air with Retina Display. As expected the new 12″ inch MacBook Air was unveiled literally just minutes ago at the Apple Event in California.

The New MacBook with Retina Display will be available in three colors which are namely Silver, Space Gray and Gold. Gold seems to be a new favorite of Apple as another product of theirs, the Apple Watch, is also going to be available in Gold. Weighing only an unbelievably 2 pounds it is the lightest MacBook ever. The width has also gone down as compared to the previous models. 13.1 mm are the new measurements for the MacBook which compared to 17.3 mm of the 11 inch MacBook is 24% thinner. Apple always sets incredible standards in terms of size and weight of products which seem impossible and then they beat the same standards in every iteration. 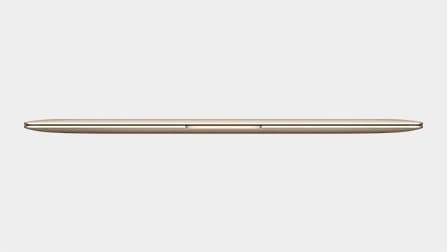 The keyboard on the new MacBook Air with Retina Display was interestingly the center of attention and Apple showed off their innovation with an unlikely piece of hardware. We learned that the keyboard has been re-engineered from the ground up with a significant and elemental change in the key design.The traditional scissor mechanism has been swapped with a butterfly mechanism for the key. This new mechanism has been developed by Apple and according to them it makes each key more 4 times more stable, precise and 40% thinner. The keys also now have a 17% larger surface area. An LED has been put under every key so the keyboard is uniformly illuminated. 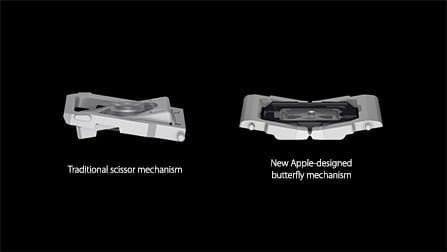 The screen of the new MacBook Air with Retina Display looks amazing as it comes with a Retina display. The Retina display too has been re-engineered according to Apple. The new screen uses 30% less energy to produce a gorgeous display. A ForceTouch trackpad has been unveiled in the MacBook which is pressure sensitive and detects how much pressure is being applied on its surface. Again Apple has innovated the way we interact with input devices. The ForceTouch can differentiate between a gentle tap and a hard press. This can introduce shortcuts like forwarding a movie faster when you press harder on the trackpad. The ‘Taptic’ feedback that we were told would be available in Apple Watch makes a cameo in the MacBook’s trackpad. 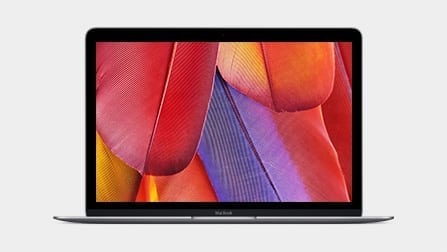 Another interesting thing about the new MacBook Air with Retina Display is that it does not have a fan. If that blew your mind you should also know that the complete logic board of the MacBook is a whopping 67% smaller than the previous version. This is an insane amount which is unprecedented. Furthermore, it was said at the event that the Intel Core M processor needs only 5 Watts to run which significantly reduces battery usage. The battery features a new shape and has 35% more capacity, it can purportedly run for a complete day of use

Apple has come up with a MacBook with the wireless World in mind and the only port is has is a USB-C port. This features five ports in one and you can use it for power, USB data transfer, DisplayPort, HDMI, and VGA capabilities. Apple is proud to have created the most energy efficient notebook of the World which minimizes the impact on the environment. 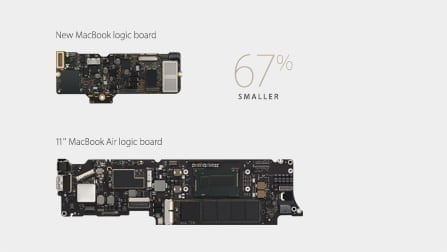 Read about everything related to Apple Watch from today’s event.