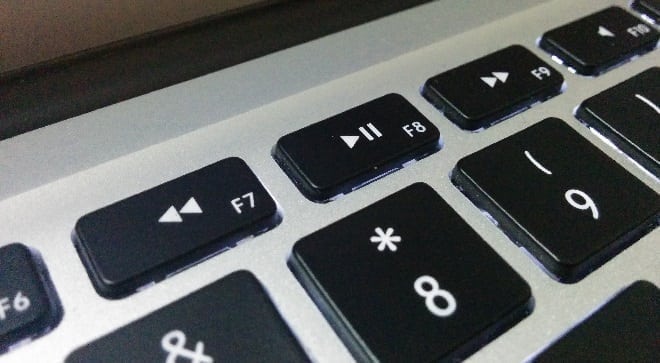 Are the media keys on your MacBook not responding properly, or not working well with your media applications and playback? If you have recently downloaded Google Chrome or any of its extensions, then we might have figured out your problem. The Google Play Music extension for Google Chrome could be the culprit.

The media keys on a MacBook are pretty much the same as on a Windows device. They’re activated with the function key, and use the F7, F8, and F9 keys for Previous, Play/Pause and Next respectively. The next three buttons are used for Volume Up, Down and Mute.

These media keys are used to control media playback across various apps on a Mac. Windows has incorporated this feature too in its 8 and 8.1 iterations. Media apps such as music players (iTunes), radio (Spotify), video players, podcast readers, and any other such apps with playable media content can benefit from these media controls. The principle of universality applies, so users find this convenient as well – they can control any currently running media playback application from these keys.

Some users have reported that their media keys suddenly stopped working and they were unable to control their media apps. They had to open the app itself in order to be able to play/pause or change channel. Pretty annoying when you’re going about your business and have to interrupt your work-flow by opening the said media apps.

If you’re using Google Chrome, a possible reason for this issue could be a Chrome extension that is messing with the media controls. The Google Play Music for Chrome extension overrides your keyboard shortcuts so they no longer work outside other media apps.

To fix this, open up your extensions page, and go to the Keyboard shortcuts link at the bottom of the page.

The culprit is the Global setting for everything in the Google Play Music extension. Change all settings from Global to In-Chrome as shown in the screenshot below.

Now, your media keys should work across all media apps as expected.

Hope it solved the problem. If you still have questions, let us know through the comment box below