The Apple Watch is designed to complement your iOS device, and what better way to do so than by keeping you updated with your friends? Glide – the app that lets users send live video messages – has built a Watch version of their app that can be used to listen to video messages live on your smart watch. This is the first such app that brings the feature to the Apple Watch. 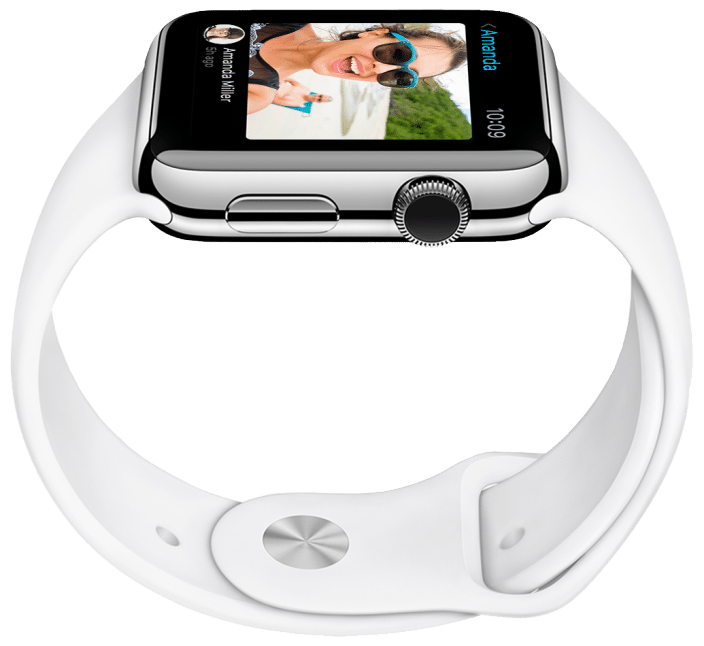 The idea is simple. Glide users record video messages on their iPhones and send them to their friends. A little like Snapchat, except it’s live. Meaning that you see video messages (along with text messages or IM) in real time as your friends record them. They can saved for later as well.

Now imagine eliminating your iPhone from the equation, and having that experience on your Apple Watch. You talking to your friends on live video chat right from your wrist!

Unfortunately, the Apple Watch doesn’t have a front-camera (you folks at Apple, take notes for the Watch 2). This restricts the capabilities of the Watch to a certain extent. And since Glide is a video messaging application, two-way communication simply isn’t possible with the Apple Watch.

For now though, Glide’s feature is about as good as it gets. You’ll get a notification when a contact is about to record a live video message, allowing you to tune in on your watch and view live as they record. Due to a lack of a front-facing camera, your responses will be limited to text.

The Glide App is available in the App Store. Follow the link below to get it!

Despite the limitations, it’s a pretty cool app to have. Your friends are now just a flick away on your wrist! We hope that Apple will include a front-facing camera and FaceTime in a future version of the Watch. But for now, this will have to do.

What are your thoughts about live video messages on Apple Watch? Is it more convenient, or would you prefer using your iPhone most of the time? Leave your responses in the comments section below!