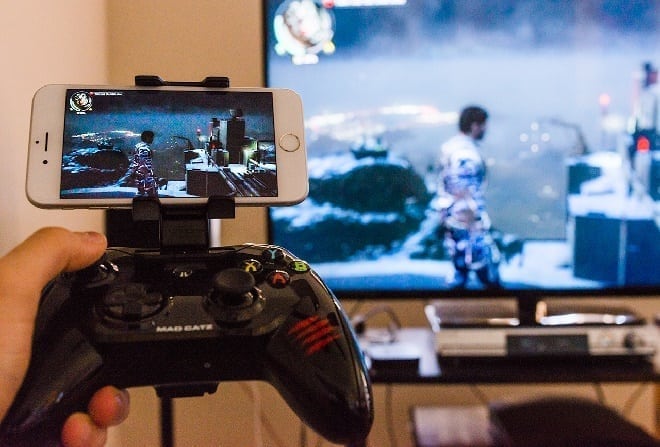 Are you a hardcore gamer who just won’t be separated with your games? Pretty soon, you will be able to go mobile with your favorite games! No matter how demanding or high-end PC games you play, you will be able to experience them all on your iOS device, thanks to a new upcoming streaming app called Limelight.

Now before you start rolling your eyes, I’d like to point out that this new app could be the next big thing. Let me explain.

While playing a native game on a mobile can be fun, the experience is nowhere near what you get with a desktop. No matter how high-end your smartphone is, it will always be trumped by the average desktop, so installing or playing native mobile games is out of the question.

What we need here is a way to utilize the power of your gaming PC, but enjoy the experience on an iOS device. Limelight is here to do just that. You can find additional gaming resources at Yesgamers.

OK let’s break it down. One way to enjoy high-end games on a mobile device is by running the game on a gaming PC so as to utilize the hardware you already have. If you could stream the game screen onto your phone, the phone wouldn’t have to do much processing, except for receiving data from a network and displaying it.

Similarly, the commands you give during a game can be transferred by the phone onto the PC that is already running, prompting a response within the game. In theory, it’s a win-win. In practice, it is much harder to implement because the latency can prolong responses and kill all the fun.

Anything above 50 milliseconds is considered too laggy, which is a real problem because if you think about it, regular desktop PC keyboards/mice have a latency of about 8 milliseconds – and that too with a direct connection to a PC. If you introduce a network in between, it becomes a very steep hill to climb.

NVIDIA’s GameStream technology comes the closest to tackling this problem. But since it was limited to Shield Controllers and devices, it never really caught on. It is, however, being resurrected by Limelight, an upcoming streaming app that will soon be made available.

The pros and cons

Limelight will enable users to stream games to their iOS devices, and control them via a MFi controller (which is like an Xbox controller for iOS devices). It doesn’t matter what iOS device you have, since there’s very little processing to be done on the mobile itself. So an old iOS device will do as well, and will maintain as much as 60 FPS (provided that your gaming PC is up to the job).

This technology however, requires very specific PC hardware. You need a GameStream compatible NVIDIA graphic card, which aren’t very common. And you need a good wireless network, with the PC preferably plugged into an Ethernet outlet.

Other than that, this is a pretty insane app to have. You can play your favorite Call of Duty with your friends while roaming around in your home or lying under your blankets (it’s cold outside, ok?). Pretty cool, huh? What do you think?

Check out the official Limelight website for more information!