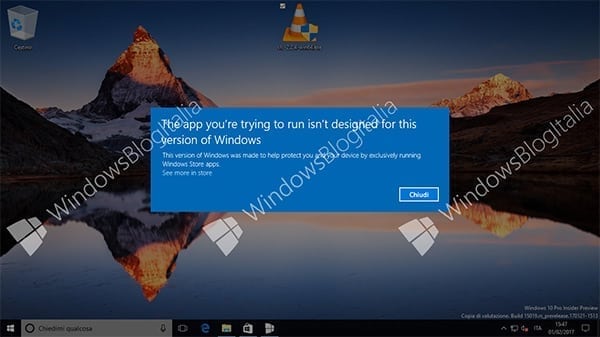 Earlier this week we discovered that Microsoft was making a product to rival the Chrome OS and today we have the first screenshots to get a better look at the Windows 10 Cloud. The Cloud Operating System is a lighter version of Microsoft’s full Windows 10 OS. This new Cloud OS is geared towards lower end PC’s and will target education and business sectors. This is similar to how the education sector is currently using the Chrome OS.

The people over at the Windows Blog Italia were reportedly able to acquire a locked version of the OS. However, they have managed to bypass authenticity checks and they are now running the OS successfully. From the screenshots, we can see that they have been running Slack and Evernote among other apps. 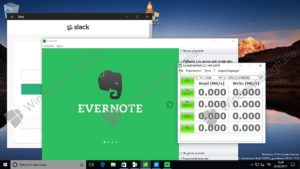 The screenshots clearly indicate that the OS is already at a fairly late stage in its development. We may not have the product’s exact release date, however, all signs point towards a launch sometime this Spring. Windows 10 Cloud will be a direct competitor to the Google’s Chrome OS, which has sat atop the cloud OS market for a long time now.  We’ll have to wait and see how this pans out.