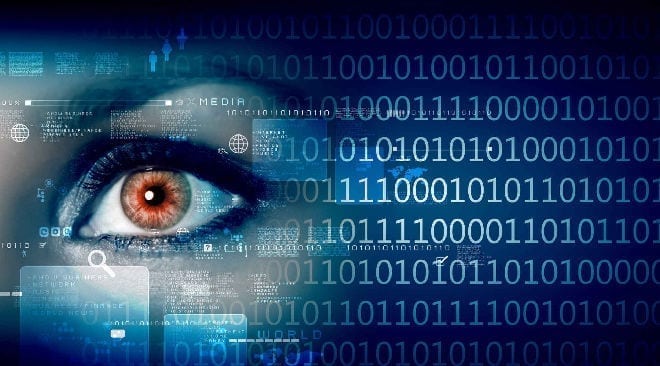 Most of the virtual reality folks were in the north hall at this year’s NAB show in Las Vegas.  This was probably the most exciting area of the show. Here the future of personalized media entertainment was painted with broad strokes.

Headset producers like Facebook (Oculus), Sony and Samsung, and firms like Technicolor, VRLive and Deluxe VR invested heavily in developing the market as quickly as possible.

VR is being explored as a way to give viewers a new level of the experience in venues like sports and concerts. It’s also working on the idea of an immersive evening at the theater with the HMD (head-mounted display) wearer having the best seat in the house. 20th Century Fox and Universal have gotten an early start in delivering a good VR experience with films like Martian and The Mummy.

Our friend and fellow blogger Andy Marken told Clyde Smith, a consultant at Fox Network Engineering and Operations, that,

“There was no way I was going to strap on a headset and go into their recently released Alien: Covenant. The idea of experiencing that ugly sci-fi horror icon popping out of someone’s chest up close and personal is a little too immersive for me.”

Most of the demonstrations from companies like Nokia, Jaunt, Sphericam and some other newcomers did highlight the potential for the average movie goer. 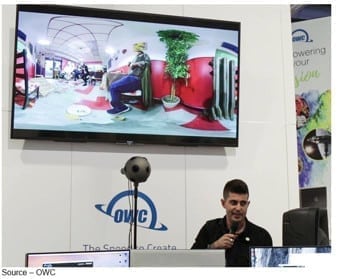 “Real World of VR – Lewis Smithingham, of 30 Ninjas, discusses the ins/outs and shooting/production techniques he has learned over the past four years”

Lewis Smithingham, of 30 Ninjas, spoke to SRO crowds about the production techniques his firm had developed while producing the live VR broadcast of the Conan O’Brien show as well as the episodic series Invisible.

360 video is transformative. It requires a lot of interactive and involved features to hold the viewer’s attention.

“Our world has become so intrusive with people being bombarded with messages from every direction, that yesterday’s filmmaking rules no longer apply,” he commented.

“To get people past the ‘wow’ factor of VR, you have to render content at a very high frame rate (HFR) and fidelity (HDR – high-dynamic range) to deliver content that is watchable and enjoyable,” he added.

While Lewis was telling filmmakers what they needed to do to be a part of this new entertainment experience.  Andy chatted with a friend of his, Andrew MacDonald, VR creative director at Cream Productions. Mr. MacDonald added a dose of reality to the creative technology.

“Anyone who tells you they’re making a profit in VR is selling something,” he said.  “Yes, the future of the medium is inevitable and offers tremendous entertainment (and marketing) opportunities for us, but we’re still in the experimental and exploration phase.”

“It’s easy to get distracted by the rapidly expanding tool set,” he added. “But most creators need to focus on good storylines and content.  I think serious pros are ready to deliver the technology’s full potential.”

Not to get lost in the excitement and glamor of NAB and the industry, this is all about the creative content. Even though, many conversations were around the rapid shift in how people are consuming content.

“OTT Move – Cable and fixed-schedule program providers around the globe are seeing an increase in the number of people who are shifting to OTT so they can enjoy content on their schedule rather than the program scheduler’s plan.”

U.S. networks, stations, and cable representatives were not “overly enthusiastic” about FCC Chairman, Ajit Pai’s presentation on the rollout and spectrum repack; they, understand that people have changed the way they want to receive and consume their news and entertainment.

ATSC 3.0 is the first industry standard that takes advantage of broadcast and broadband. This seamlessly delivers over-the-air and over-the-top content to consumers.

With the approval of the ATSC (Advanced Television Systems Committee) 3.0 standard and the inevitable upgrade to 5G, mobile consumers should be able to enjoy their video content on any device, anytime, anywhere. 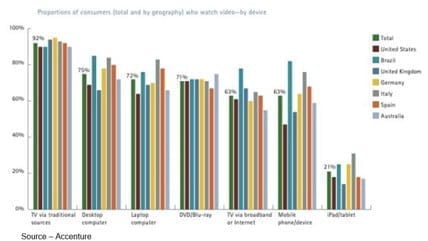 “OTT Viewing – Depending on the screen or service they were selling, exhibitors showed attendees how easy it is to send/receive 4K content to large TV screens, computers, and mobile devices.  Consumers still prefer to watch longer content on big screens, while smaller devices are great for shorter previews, social media content and 3-10 minute episodic films.”

In preparation for the 2018 Winter Olympics in Pyeongchang, South Korea; the country made a commitment to implementing 3.0. It has already made tremendous progress in the pipeline services plan and expect to implement it over the next two years.

Cable companies have seen their TV viewer base shrink as more viewers cut the cable cord. These companies also figured out that instead of fighting the trend they can evolve and become competitive Internet content providers.

According to research by Accenture, the mobile device is the first place people turn to, to catch up on their favorite episodic series and other media. They also watch user-generated content or view the personal video posts on YouTube or Facebook.

“Little Tolerance – While OTT streaming content is rapidly gaining favor with global consumers, they have little to no tolerance for poor and slow distribution when content stutters or buffers.”

With better codec technology and enhanced streaming technologies, cable and Hollywood studios have discovered something. The new content amalgamators like Netflix, Amazon, and Vimeo can be valuable partners. They offer consumers a variety of subscription or ad-supported entertainment.

Unisphere Research reported that the growing over the top market has grown by more than 25 percent, compared to the previous year. It is expected to see additional growth by 30-50 percent over the coming two years. With bandwidth limitations slowly disappearing, over the top services will be more than a quarter of the overall business over the coming three years.

What’s interesting is that streaming services are opening up new opportunities for professional independent filmmakers. Content producers and services are more open to buying good content directly or offering shared revenue opportunities. Add to that the potential Writers Guild of America strike. This could be a busy time for independent media content producers. Keep in mind that next-generation entertainment is still about helping marketers reach consumers. Streaming and marketing technology has opened new opportunities for brands to reach just the right person at just the right time. 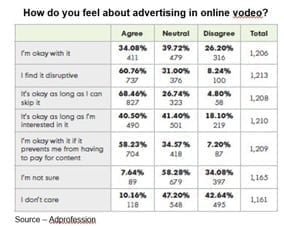 “We Don’t Mind – When online ads are very high quality as well as educational, informative and not overly intrusive; consumers almost universally accept them–especially when they provide them free access to video content.”

Most people think ads are a small price to pay for being able to enjoy their media and entertainment.  Digital advertising is projected to be a $300B industry within a couple of years. 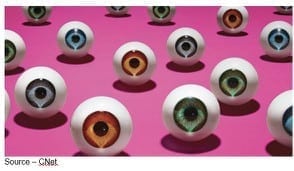 While we like to think about media and entertainment in creative terms, it is still about reaching, educating, informing and entertaining people.