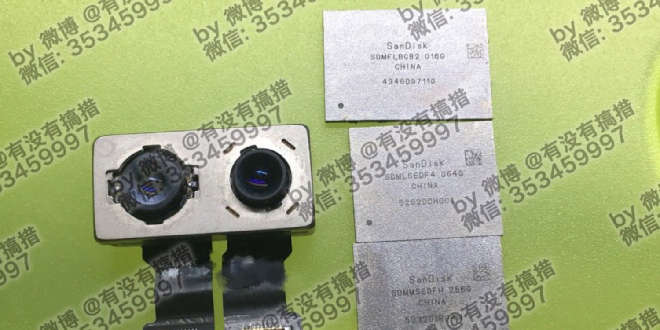 iPhone 7 Plus will feature a dual camera

The iPhone 7 leaks have been coming in pretty regularly now and we’re finally at a stage where we can start speculating about the actual end product. This week, we saw a leaked image showcasing the 4.7-inch model which raised speculation about laser auto-focus. It’s believed that the new iPhone 7 Plus, however, will feature a dual camera setup on the backside. This past March, we got a few leaked images which showed the dual camera module and now a new leak from Weibo has corroborated this.

Furthermore, the recently emerged Weibo images also show a 256GB memory chip, which suggests that Apple may be introducing their highest ever memory capacity for an iPhone with the latest iteration. The images show 16GB, 64GB, and 256 GB models, alluding to the fact that the 128GB model may be entirely replaced with the new 256GB one. The change itself was not entirely unexpected because reports last year claimed that Apple would be introducing a higher capacity option with the iPhone 7.

However the fact that the 16GB variant stays while the 128GB one gets replaced is surprising. With a new camera entering the fray, the need for more memory arises. And with the mammoth file sizes for the 4K images, the 16GB version may find itself severely lacking in the number of images it can store. Apple’s reluctance to leave behind the 16GB variant is more than a little odd since they have never been a company to dwell on the past.

With scant few other changes to the iPhone’s design this year, the new camera features will likely end up being major marketing points for the phone.