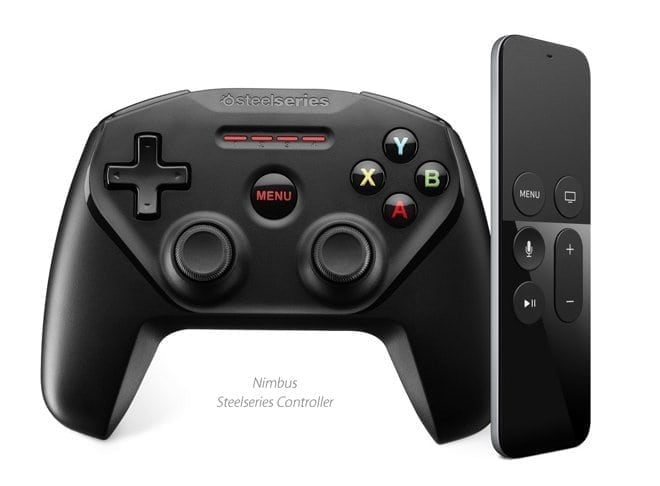 Apple’s fourth generation Apple TV, for the first time includes support for a full App Store thus making it plausible for different developers to create fun applications and exiting games for the device. The new Apple TV was thought to be an appropriate platform and a well-suited device for multiplayer games but all such expectations from the device were shattered when it was revealed that the new Apple TV can only support two external bluetooth controllers at once, along with the included remote.

Some of the lucky developers who have Apple TV Dev Kits, revealed that these developers were only able to connect two controllers in addition to the Apple TV remote control. This means that if the Dev Kits have the final hardware then only three players will be able to play games at a time. It was also told that when an attempt is made to connect an additional  when two controllers are already connected, the third one simply disconnects.

“Well, this is a bit of a bummer. We just got word from one of the developers who were lucky enough to win the Apple TV dev kit lottery (Who we’re not naming because we don’t want to cause more Apple TV NDA drama!) who raced out and bought a ton of MFi controllers with the hopes of making a 8 player party game.

These hopes were quickly dashed as they realized that the new Apple TV will only connect to two external Bluetooth devices at once, along with the included remote.”

However these limitation on Bluetooth-connected devices do not extend to the iPhone, which is also an option and can be used as a controller in multi-player games.

It has also been told that all of the tvOS games and applications are required to include touch-based controls for the Siri remote, so most titles should work with simple iPhone controls however man gamers would rather use MFi controllers. As expected by many, the decision of the Cupertino based company to force developers to build games around touch support has not been well-liked as it is thought that it only confines games to very basic control schemes.