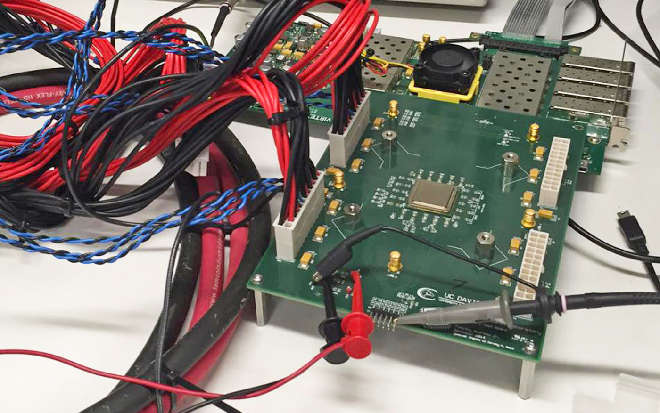 The University of California Davis developed the KiloCore. The KiloCore is a CPU that contains a 1000 core processor. The KiloCore is very handy to do parallel tasks simultaneously like encrypting data, crunching data and encoding videos.

Interestingly this processor is not only about performance but it can handle a whopping 1.78 trillion instructions per second using only a small fraction of withpower. This means that the processors are almost a hundred times more power efficient than a laptop. This is also the highest clock rate processor designed by a university. The chip contains 621 million transistors.

It is claimed by the developing team at Department of Electrical and Computer Engineering at UC Davis that the chip can be run using only a single double A battery. Bevan Baas who is the professor leading the KiloCore team also said that the KiloCore is the only energy efficient ‘many core’ processor.

The reason for this seems to be that the inside of the KiloCore can shut down automatically when it is not in use, the core also transfers data directly between each other instead of through a shared memory cache.

The chip was developed by IBM. IBM developed the chip through a 32nm CMOS process that is not in use nowadays. The chip was unveiled at the Symposium on VLSI Technology Circuits in Honolulu on 16 June 2016. The University of Glasgow also created a 1000 core processor back in 2011. However, their version encoded 1000 processors on an FPGA chip rather than a chip with 1000 core processors designed right on the chip.

The only purpose of the KiloCore so far seems to be as a proof of concept, sadly. There is no use currently for a chip-set with 1000 core processors. however it is nevertheless pretty cool to know that scientists can create such amazing things and by doing so they might have laid down the foundation of future computers.