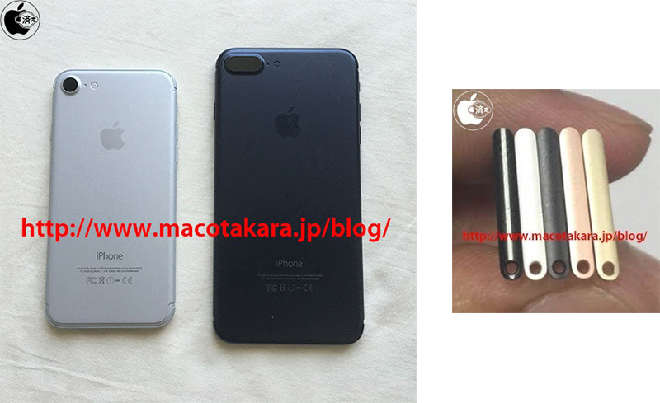 A report from KGI reveals some last minute info on the iPhone 7 features. Credible analyst for KGI, Ming-Chi Kuo released a pretty hefty detailed document outlining all the new iPhone 7 features. Along with reaffirming everything we’ve already heard, such as the design resembling the iPhone 6s with tweaked antenna lines, the report includes some specific details about certain changes.

Kuo predicts that there will be some upgrades and other changes with the iPhone 7, but because the general design is expected to be similar to the iPhone 6s, “general users may not feel the differences significantly.”

According to often well-informed Japanese blog Macotakara, the iPhone 7 will be available in five colours, including three of the same colour options of the iPhone 6s and two black options.

“We expect the iPhone 7 to come in piano black, dark black, rose gold, gold, and silver. Only the piano black model will have a glossy finish. Given high production barriers, large-storage models may have first priority in adopting piano black casing in the initial stage.”

iPhone 7 Is Expected To Include:

Improved IPX7 water resistance , similar to that of the original Apple Watch and making the device suitable for splashes and showering.

No headphone jack, with Apple supplying both Lightning Ear Pods and a Lightning to 3.5 mm jack adapter in the box.

Wide color displays in the same sizes and resolutions as the current iPhone 6s and 6s Plus.

Possible upgraded proximity sensor shifting from LED to laser. This is for faster response and greater recognition distance, as well as potential gesture recognition.