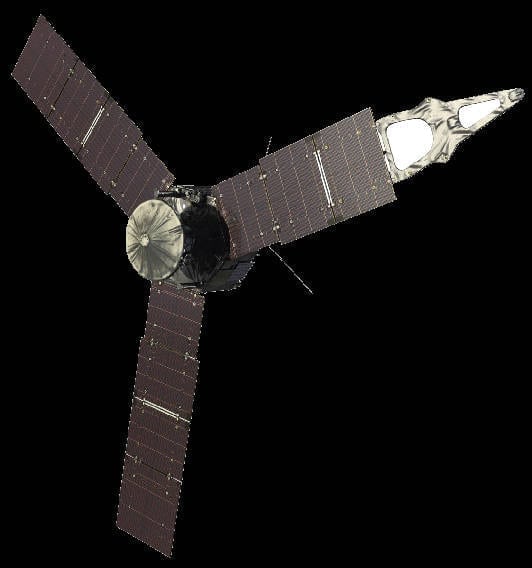 Jupiter is the largest planet in our solar system which is roughly equal to 300 times the size of the Earth. Scientists have not yet been able to figure out the origin of any of the solar system but they firmly believe that the gas giant has an important role in its formation. This is why the probe has been sent to Jupiter specifically and the scientists hope that it will help them solving a lot of the unanswered questions.

The Juno spacecraft was launched 5 years ago from Cape Canaveral, Florida on August 5th, 2011 and entered the Jupiter orbit on July 4th, 2016, an important day in history. “Prior to launch five years ago we planned a date and time for the Jupiter orbit insertion burn and the team nailed it,” said Rick Nybakken, project manager for Juno from NASA’s Jet Propulsion Laboratory in Pasadena, California. “We are in our planned 53.4-day orbit. Now we are focusing on preparing for our fourth and final main engine burn, which will put us in our 14-day science orbit on October 19.”

As planned, the spacecraft returned to high-rate communications on July 5 and powered up five of its science instruments on July 6. Per the mission plan, the remaining science instruments will be powered up before the end of the month. Juno’s science instruments had been turned off in the days leading up to Jupiter orbit insertion. The next time Juno’s orbit carries it close to the planet will be on Aug. 27. The flyby is expected to provide some preliminary science data.

“We had to turn all our beautiful instruments off to help ensure a successful Jupiter orbit insertion on July 4,” said Scott Bolton, Juno principal investigator from the Southwest Research Institute in San Antonio. “But next time around we will have our eyes and ears open. You can expect us to release some information about our findings around September 1.”

What makes Juno different from all the other probes out there is its ability to generate solar power from Jupiter’s neighborhood. “Solar power is possible on Juno due to improved solar cell performance, energy-efficient instruments and spacecraft, a mission design that can avoid Jupiter’s shadow and a polar orbit that minimizes the total radiation,” wrote NASA in 2016, when Juno broke a solar distance record for all spacecraft.

Before setting out for Jupiter for good, Juno earned a speed boost of more than 8,800 mph (3.9 kilometers per second) when it flew by Earth on Oct. 9, 2013. In February 2016, the Juno spacecraft did a maneuver to put in on course for the gas giant for a July 4, 2016, arrival. Independence Day has been an auspicious date for NASA spacecraft arrival in the past. Examples include the Mars Pathfinder and Sojourner mission arrival at the Red Planet (1997) and Deep Impact’s planned collision with Comet Tempel 1 (2005).

Questions this mission should answer

To date, only one mission stayed for the long term: Galileo. After being launched from space shuttle Atlantis in October 1989, Galileo arrived at Jupiter in 1995 and spent eight years studying the planet and its moons. Juno aims to go further. It will focus solely on Jupiter and try to answer at least some of the following questions, according to NASA.

From the Editor: Although this article doesn’t come under the usual categories for CupertinoTimes, we feel that such a significant technological accomplishment deserved an article from CupertinoTimes.  Congratulations to NASA and all of the tech companies that made this possible.