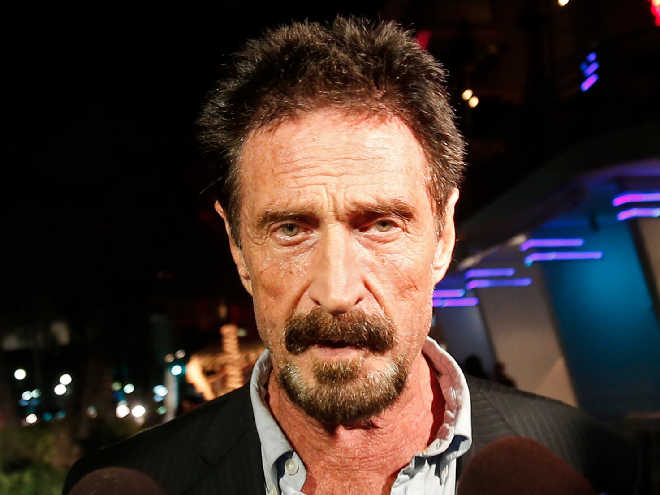 The drama surrounding the FBI vs Apple continues with an offer from John McAfee the developer of the well-known virus protection software that carried his name. In an article on Business Insider, McAfee says, “I’ll decrypt the San Bernardino phone free of charge so Apple doesn’t need to place a backdoor on its product”.

This sounds like this could be the solution to this issue. The only reason the FBI would not be interested in taking McAfee up on his offer is if what they really want is the backdoor that they can add to their toolbox to access any other iPhones under investigation.  Apple has warned how this is dangerous ground since once the back door is created it will undoubtedly fall into the wrong hands and then game over for all of us. Can you imagine the chaos that could be brought on anyone using an iOS device if enemies got their hands on a backdoor to our iPhones?

Tim Cook has stated, “The FBI may use different words to describe this tool, but make no mistake: Building a version of iOS that bypasses security in this way would undeniably create a backdoor. And while the government may argue that its use would be limited to this case, there is no way to guarantee such control.”

McAfee says his team of top hackers will decrypt the information on the iPhone within three weeks then return the iPhone and the data to the FBI, making the demands on Apple unnecessary. He also says, “I work with a team of the best hackers on the planet.” He characterizes his team of hackers as the type of people the government simply will not hire, yet our enemies actively seek out and hire this type of talent. Which is why according to McAfee the U.S. is so behind on cyber security.

John McAfee is very passionate about cybersecurity and is probably one of the most knowledgeable people on this subject in the U.S. Hopefully all parties concerned will take him up on his offer.