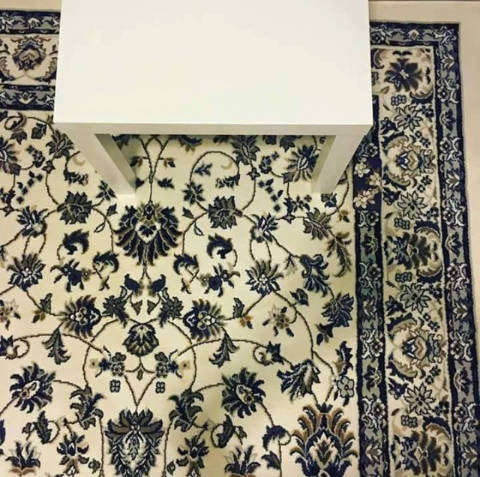 There are some things in life that people will always find interesting and sometimes even hilarious. Take the Mona Lisa or the Great Pyramids of Giza for example. But with the rise of social media, we are able to share more than we ever imagined. I’ve never seen people go crazy over the color of a dress before the whole Black and Blue vs White and Gold incident (by the way, it was black and blue. God knows how people saw white and gold).

Humans are driven by competition. Maybe that’s why books like Where’s Waldo? and I Spy were so popular. Even competition with computers is a thing, explaining the success of the video game industry. Similar to that of I Spy and Where’s Waldo, a new image has emerged, leaving the world in complete confusion and frustration.

Jeya Maya Cruz posted the photo below on her Facebook page. It seems like a normal photo until the description told you that there’s an iPhone hidden in the image. Where is it? Keep reading if you want me to tell you.

After about 5 minutes of searching, I decided to give up. I went on Facebook and searched up Jeya’s name. Nobody could tell me where it was until I saw one of the comments on today.com. The image had actually been featured on the Today Show. Well, I found out that if you look closely to the right of the image on the inner black rectangle of the rug, you’ll see what looks to be a different pattern than the rest of the border.

The small rectangle holds a floral design different to the rug and what I’ve been looking for the entire time: an iPhone camera. Turns out the iPhone had a case that was  almost identical to the rug in design and was placed upside down to hide in it. How about next time you think about buying a case, buy a neon green or hot pink case that won’t hide in your furniture. 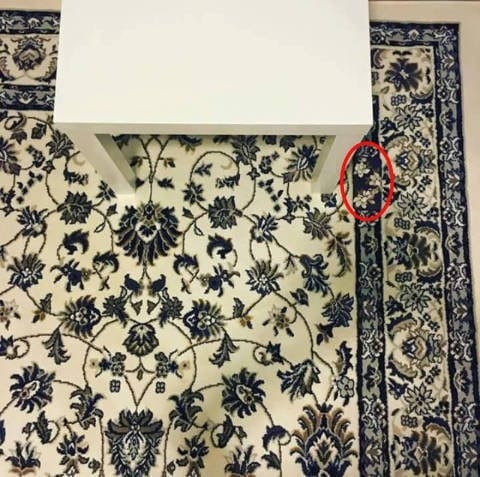