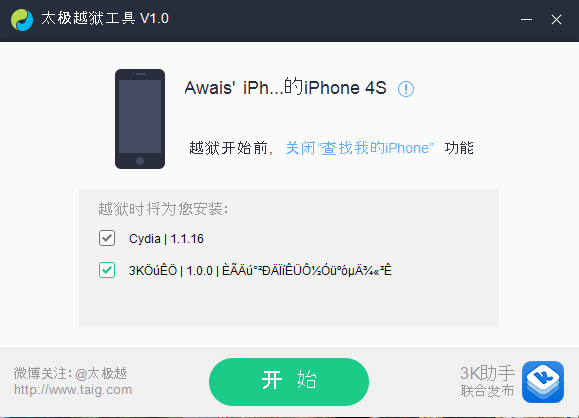 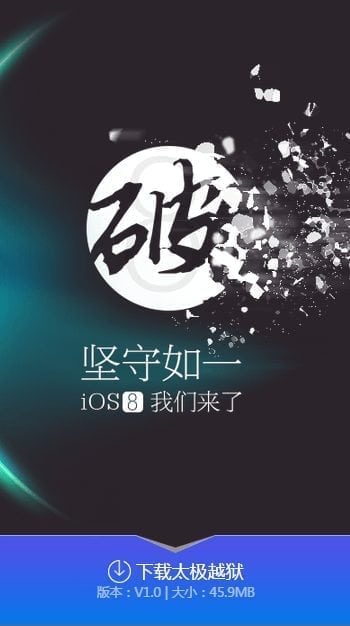 iOS 8.1 and earlier was successfully jailbroken by a group of hacker-types called ‘Pangu’. Now, a rival group by the name of ‘TaiG’ has released iOS 8.1.1 jailbreak which supports all devices that can run iOS 8.1.1 meaning everything from the iPhone 4S and iPad 2, up to the iPhone 6, iPhone 6 Plus, iPad Air 2, iPad mini 2 & 3!

The jailbreak was released not more than a couple hours ago. The jailbreak community was not expecting this to happen, so there’s a lot of confusion at the moment. However, if you are on the latest version of iOS, and want to jailbreak iOS 8.1.1, there’s no stopping you. 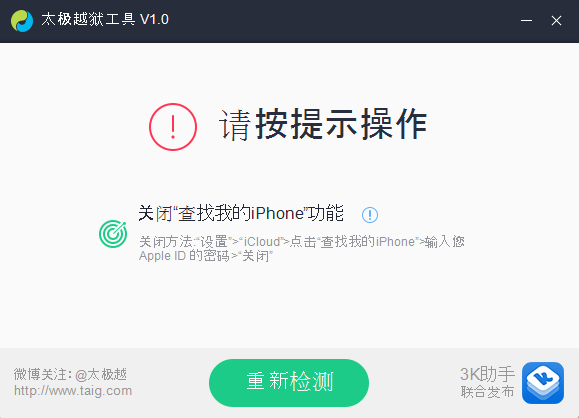 To jailbreak iOS 8.1.1, head over to the official TaiG website, and press the big blue button at the bottom. This will download the TaiG tool to jailbreak iOS 8.1.1. It is in Chinese at the moment, and there are no translations released yet. Connect your iOS 8.1.1 device, unzip the ZIP file, and launch the EXE file within the extracted folder.

Important Note: CupertinoTimes advises against using TaiG tool to jailbreak iOS 8.1.1 right now. Wait a few days for the dust to settle so we know how this tool works, and if it has any threatening bugs or features.

We ourselves downloaded the tool, and went up to the point where it successfully detects / identifies our device – an iPhone 4S and an iPad mini 2 – and waits for the user to jailbreak iOS 8.1.1. It asks you to disable Passcode from Settings > Passcode, and Find my iPhone from Settings > iCloud before you can jailbreak.

Brave souls from the jailbreak community have still tested it out, though. It successfully jailbreak iOS 8.1.1, and installs Cydia as well. There’s an option to install a Chinese third-party app store (in blue), but it’s likely not needed so you should untick that option.

However, we will stay away from actually jailbreaking iOS 8.1.1 on our iPhone and iPad until the jailbreak community properly verifies the TaiG iOS 8.1.1 jailbreak. I am simply not comfortable with jailbreaking my device until someone like Saurik (developer of Cydia) says it is OK to use the TaiG jailbreak tool.

We will be actively covering TaiG tool to jailbreak iOS 8.1.1. There are bound to be several updates released for it which fix bugs, and / or add translations so that average every-day users can jailbreak iOS 8.1.1 devices with ease. Stay tuned!