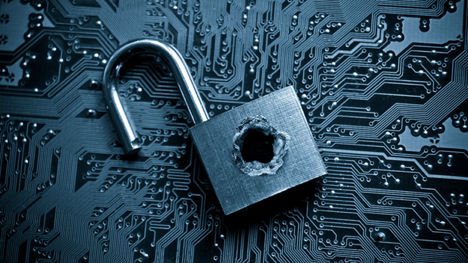 The attacks that menace the internet and its users are a major threat to the global community. Therefore. We could do anything in our capabilities to prevent such an occurrence from commencing to our everyday lives.

Cyber attacks became majorly discussed after the US elections were recognized to have been influenced by external hacking activities. And so, various administrative councils took under their initiative to fight against those attacks and them in the future. Yet, this sort of crime is a new occurrence in our society. The Information Age brought us significant technological advancement, but it left us vulnerable to various sources of attacks. Those attacks could be distinguished into few categories: from above, and from below.

Cyber Attacks From Above

The “above” term for cyberattacks serves to describe state-sponsored activities that work in the interest of the national government to pursue the expansion of its influence. That is, the intelligence services are working to establish control over certain objects to gain financial prosperity. An example of that could be Russia’s hacking of the US election in 2016. Here you can find more about the hacking attack during the 2016 presidential campaign. This is where Hillary’s campaign was undermined of a hacking attack that published the emails of Hillary Clinton’s conversations with various politicians.

Such activities were identified as a “cyber attack from above,” meaning that the Russian government was the initiator of the election hacking and sponsored the process. The US officials were reluctant to give direct accusations, but they understood that certain improvements in their security policies had to be made.

Cyber Attacks From Below

The term “below” is usually accustomed to unofficial organizations or simply individuals. That could contain a hacker that works for his or her personal gain without major associates. A thief from his garage that collects the information of banks in order to illegally withdraw money from its account-holders could be a good example of such. In addition, terrorist organizations like ISIS could also oversee various cyber attacks, but they would still be considered to be in the “below” category. That is due to their small recognition as an official organization.

What we know so far of the methods to prevent such occurrences are strongly connected to the ability of Artificial Intelligence advancement.

The world’s regulation regarding this new type of thievery is not that established around the world. Yet, agencies like the US’s CIA are doing a good job in predicting the coming cyberattacks. Surely, it is not an easy task as we are used to keeping the internet anonymous, but cases like the Cambridge Analytica brought to the era in which we must cooperate in order to prevent such occurrences.

Nonetheless, not every country in the world is interested in cooperating to prevent any cyber attacks from happening. On the contrary, certain governments are keen to sponsor hackers to destabilize the global monetary order. The reason for such is the sanctions imposed by the Western allies on certain dictators from the Middle East or North Africa.

After the events of the Arab Spring, certain aspects of the global order shifted towards revolutionizing autocratic states into a liberal democracy. You would ask, what does it have to do with cyber attacks and AI? Well, the answer lies in the phenomenal aspect of human unpredictability. That is, starting from Tunisia in 2011, certain countries adopted the technological prosperity in spite of having a repressive dictatorial regime ruling over them. Artificial Intelligence is not a reason, but the existence of it makes people demand more evolutionary liberty. This is understood with the craving for a new regime and political order.

The world is becoming smaller and we must understand that there is a need to step up with what we know about cyberbullying and thievery on the internet. Indeed, the amount of knowledge does not exceed the usual human that is involved in protecting initiative. Yet, what is needed to be said is the proposed security initiative by the Western world. The effectiveness of this doctrine is best identified as being closer to reality on the Cryptographical network.

What Do We Know About Preventing Cyber Attacks

The facts that are circulating around the internet crimes are massive. The reason is the openness and anonymity of the global connection system. Certain countries like China, have established a firewall that prevents its citizens from using certain social networks. For example, Facebook or Skype are forbidden in the most populous country in the world. The reasons may vary. Surely, we could say that the government, since the protests in Hong Kong are placing more relevance on controlling the internet from organizing rebellion-motivated events.

Yet, the proper prevention procedures are far from being established on serious grounds. The reason could vary in accordance with the technological advancement of the state and how people are using the internet on a daily basis. In the US, we could say that there are the most advanced technologies and strategies to prevent cyber attacks. Yet, they are also the most vulnerable due to the global aspect of competing, rather than cooperating in the marketing field.

This is why we are experiencing some sort of cyber attack of global proportions. We do not really know if the crime comes from our country, but it could come from anywhere around the world. The perks of having such a globalized world are surely bringing its useful outcomes, but we are becoming more vulnerable to network crime. The preventing procedures may include various actions, the more we try to stop, the more we are facing new realities.

We Must Keep The Internet Secure And Free

Surely, there cannot be total anonymity on the internet as the crimes would spread throughout the world progressively. Indeed, we do not know enough about the networking processes to make it too liberal. Therefore, the best action to do would be to control it, but without breaching into people’s personal data too much. As Obama once said, “if people want security, they cannot be guaranteed 100 percent privacy.” And with those words said, we must agree that cybercrimes are bad, but we should not give up our freedom to liberty too much

Author’s bio: Joshua Sherman. A Chief of Cybersecurity and Communications department in the IT sector.

More on this topic: How Blockchain Can Fill the Talent Gap in Cybersecurity and AI