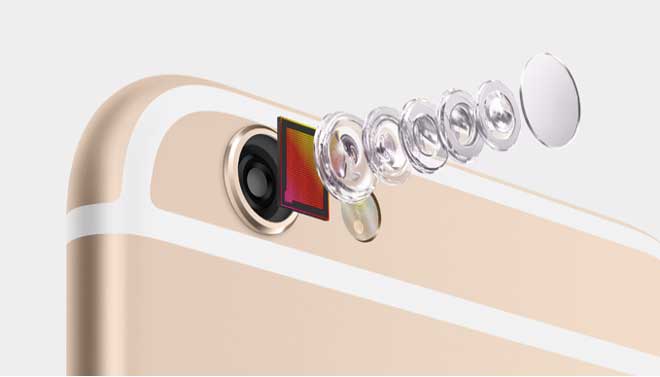 Apple has noticed that some iPhone 6 Plus devices may have a component that might fail, which will cause your photos to look blurry. The affected units fall into a limited serial number range. If your phone happens to be in this group of serial numbers, Apple will replace your device’s iSight camera, free of charge. Apple on Friday acknowledged a problem with a “small percentage” of units. And has began an iSight repair program, officially called “iSight Camera Replacement Program for iPhone 6 Plus,” The repair program which is a nice effort for servicing customers is available to eligible iPhone users. Affected users can check their serial number at Apple’s website.

Apple doesn’t really state what the problematic component is and merely states that it is a component that may cause problems. The devices in question were shipped mainly between September of last year and January 2015, Apple said. A tool lets you enter the serial number of your phone to see if it’s eligible for the free repair in this repair program. The devices can be brought to the Apple Store or an authorized service provider (but not to your wireless provider). The page with the serial number tool has links so you can find a convenient drop-off location. The same page hosts other details as well.

This iteration is the most advanced iSight camera yet and is the first iPhone to include optical image stabilization, previously unavailable. Both iPhone 6-series also possess something which Apple calls “Focus Pixels” —which give it the ability to capture slow-motion video at 240 frames per second.

The iPhone 6S Plus which is expected to be announced on September 9th is the answer to Samsung and its “phablet” phones that have been dominating the market. It seems that the strategy will work with the larger Plus being very popular in the large smartphone category. A focal point for the marketing was the phone’s photography features with its “Shot on iPhone 6” campaign.

Backing up your phone is recommended before handing it over to authorised personnel. This offer will be available for up to three years after the date of purchase. The new device is expected for release in September and with much of Apple’s sales resting on the shoulders of the iPhone it seems that they will be going all out.