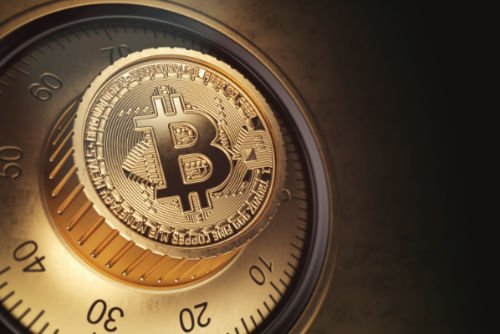 This article by Ken Ruf was originally published at InspiredeLearning.com on December 20, 2017. It is being republished here with the publisher’s permission through syndication.

Is Bitcoin Safe? The Basics of Bitcoin Security

With the popularity (and price) of Bitcoin skyrocketing, new users are wondering “Is Bitcoin Safe?” while early adopters are focusing on securing their new digital wealth. When it comes to the safety of Bitcoin, there is one major consideration: Is the Bitcoin network secure?

Bitcoin is an alternative peer to peer electronic payment system that relies on ledgers and cryptographic proof rather than trust. Allowing two parties to transact directly with each other, Bitcoin is founded on the following features:

Can Bitcoin be Hacked?

There are frequent reports of hackers stealing millions of dollars in Bitcoin, so it must be pretty easy to hack, right? Not so fast. It’s very important to understand the difference between Bitcoin the cryptocurrency and the Bitcoin blockchain, the technology enabling the cryptocurrency craze. We must also consider the insecurities of crypto exchanges before we arbitrarily decide if the Bitcoin network is secure or not. But be sure to look out for these cryptocurrency scams.

What is the Bitcoin Blockchain?

Digital currency is not a new concept. Before its wide adoption, one of the inherent roadblocks to a successful digital currency was the “double spending problem.” Because the currency is digital, how do you prevent people from simply copying/pasting their money and spending the same $20 over and over? Bitcoin solved this problem with the novel concept of distributed blockchaining for decentralized ledgering and verification of transactions around digital currencies—In short, a kind of online distributed ledger. To dive deeper into Bitcoin and its technology, check out the original whitepaper, Bitcoin: A Peer-to-Peer Electronic Cash System, by Satoshi Nakamoto, the pseudonymous creator of Bitcoin.

The idea is simple. Just as a finite amount of gold exists in the world, only a certain amount of Bitcoin can be mined from cryptoland. Moreover, each electronic “coin” is a chronological series of verified digital signatures, and the history of all transactions for each “coin” must be publicly revealed. By making all transactions public, everyone knows how much Bitcoin each person has. The network of Bitcoin participants reaches a consensus on which transactions are valid based on the balance of each account. In order to hack the Bitcoin network, you would need to control more than 50% of the voting power in the network to validate your own fraudulent transactions.

So can the bitcoin network be hacked? Yes. But you need to amass at least 250x the computing power of Google which will cost you more than the value of the bitcoin you could steal. Good luck with that.

How are People Losing their Bitcoin to Hackers?

To date, no one has been able to compromise the core Bitcoin network. Every major Bitcoin or cryptocurrency hack exploited vulnerabilities in third-party applications, crypto exchanges, or insecure crypto web sites. Third-party applications, crypto exchanges, and websites make it easier for people to interact with the Bitcoin network. Online wallets, or e-wallets, allow you to buy, sell, and store your Bitcoin. If your e-wallet provider is compromised, your account’s password and private key would be at risk, and hackers would be able to transfer money out of your account. This isn’t a vulnerability in the Bitcoin network, but in the third-party application. If you’re interested in some previous hacks/scams involving bitcoin you can check out our blog post from last year on the dangers and pitfalls of bitcoin.

There are also individual accounts getting hacked from tried and true phishing, social engineering, and malware attacks that don’t ever make the news.

How do you Keep your Bitcoin Safe from Hackers? Bitcoin Security Best Practices

Given that the network is cryptographically and mathematically proven to be secure, you should focus on securing the accounts you use to buy, sell, trade, and store your Bitcoin. Follow security awareness best practices so that your username, password, and private key don’t get stolen. If you’re new to security awareness, we have a lot of free resources available as well as some courses for purchase.

You should also consider using a hardware wallet. While e-wallets are more convenient, they are much more susceptible to basic phishing, social engineering, or malware attacks that trick you into revealing your password and private key. Hardware wallets, essentially USB drives with extra built-in security, require you to push buttons on the physical device to confirm a transaction, so a hacker would have to be in physical possession of your hardware wallet to steal your Bitcoin.

It’s unquestionably an eventful time in the world of cryptocurrency and blockchain. If you want to participate in the space, just make sure you’re willing to accept the associated risk and to minimize that risk by doing everything you can to secure your digital assets and identity.

More on this topic: Is Bitcoin Ready to Become the Global Currency?