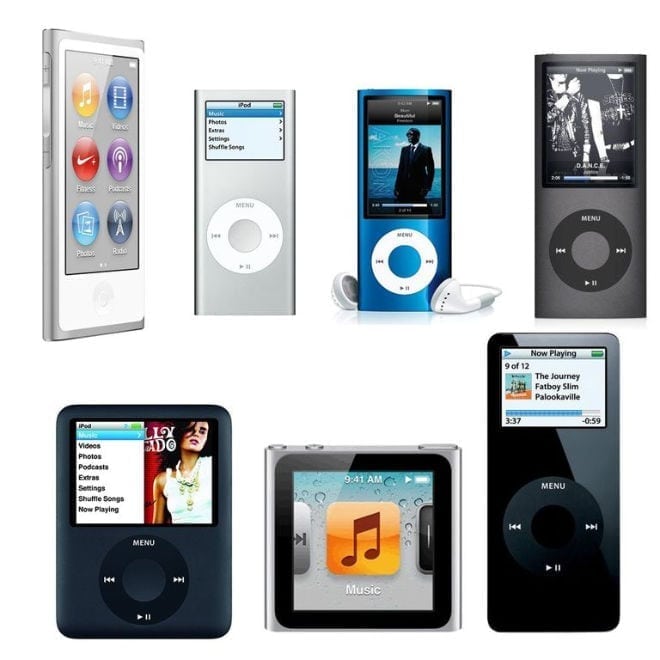 A Week Of Change

This has been a week of change in the tech industry. I feel like I’ve said goodbye to old friends this week. We said goodbye to Adobe’s Flash, Microsoft’s Paint (more on this in an upcoming article), and now Apple’s iPod Nano and Shuffle.

When the iPod Nano was originally introduced by Steve Jobs, pulling one out of his blue jeans coin pocket, it quickly became the must-have gadget of the time.

Apple recently announced some changes, mainly that the iPod Nano and Shuffle will be discontinued.  These two devices were removed from Apple’s web site on July 27th. They have gone the way of the iPod Classic that was retired three years ago.

The Nano went through a lot of changes during its existence. From a music player without a screen to one with a screen that supported video to one with a camera, then one without a camera to one with a larger screen then to a smaller version that was all screen and even used as a watch to the last iteration that didn’t seem like an Apple product at all.

I think most would agree that the iPod was largely responsible for putting Apple on the path to the success the company enjoys today. A revolutionary product released in 2001 the original iPod changed the way we listen to and manage our music.  But it is all about the numbers. Sales of all iPod related products have declined over the last several years. After all none of the Nano versions supported streaming services like Apple Music so it seemed inevitable that its time would come sooner rather than later.

The iPod Touch, on the other hand, seemed to hold its own delivering nearly all the features of the iPhone. It has enough storage, connectivity, a camera, and a screen large enough to enjoy video content. IMHO, once the Touch became available the nano didn’t make much sense unless the price was a concern.  The existence of the Nano at its low price point provided customers a lower-priced alternative to Apple’s higher-priced Touch.  But you get what you pay for and the experience delivered by both of these models bears this out.

With iPhone storage memory options increasing we may one day see the demise of the Touch as well. I hope not. Touch is one of the few affordable products Apple offers. It also serves as a gateway into the Apple eco-system for a segment of the market who’s pockets may not be deep enough for the more pricey Apple products.