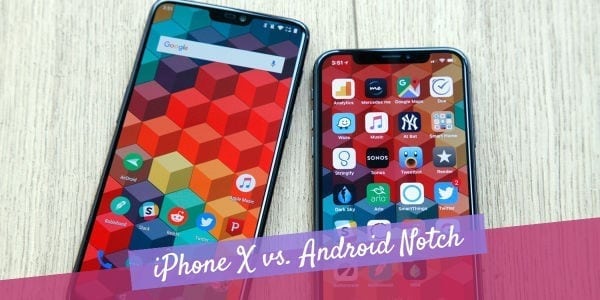 Author Bio: This article was contributed by Jeremy Hill, who is associated with JemJem as an editor. JemJem is the top online retailer of Refurbished iPhone in the USA. He enjoys creating, uncovering and disseminating new and interesting perspectives on technology and mobile phones and tablets.

From the past ten years, Apple introduced an array of iPhones in the market. Every new product announced by Apple every year is an advanced version of the previous one, such as – wireless charging, facial recognition software, and bezel-less screen.

Among all the products being introduced by Apple till now, the iPhone X has gained a lot of popularity. When this product was announced, its design met with some argument. As a result, the Apple gave instruction to the manufacturers to completely improve the notch. A few days after its release, the notch design of the iPhone X was completely extravagant.

There are many tenets which we overlook. Let’s discuss them in detail.

Previously, the smartphones had keyboards. With the release of keyboard-free glass display, also known as multi-touch display, Apple introduced full-screen mobile phones which are continuing till today.

The iPhone X has an outstanding edgeless display screen which rules the complete front-end part. Different from Samsung Galaxy S8, LG’s V30, and Xiaomi’s Mi Mix 2, it has bezel impact which these smartphones don’t have.

The screen cut-out trend was first implemented by the Android manufacturers. The smartphones manufactured by them were available in the market with squared edges. Later on, Apple executed this strategy in their smartphones.

Since Apple has started making use of a new full-screen technology which gave them the chance to modify the display screen shape, the iPhone X comes with no cutting corners, which means that it has rounded rectangle corners. This feature facilitates any tangent line to hit a correct vertical.

A major issue found by the device makers of Android is the absence of software control; expect Pixel mobile phones of Google’s own. Apple levies strict rules of designing, so the user interface components aren’t out of sight by the notch. And the Android is not assigned with that power. This signifies that a few people who make use of Android mobile phone which is notched will watch user interface components are hidden by the notch.

As Apple launched its iPhone X with Face ID, the notch design came into existence. This is a Touch ID replacement which makes use of infrared cameras for scanning your face. As such, the camera array of iPhone X is considerably bigger than the single sensor found on the android phones.

From the above argument, it may look like iPhone’s notch design is besting the Android version of the notch. However, there is one point where iPhone lag behind the Android. It is the optional notch display. There are many Android devices where this design can be disabled from the setting option, while you cannot disable the feature in iPhones. It is the only point where I feel Android is better than the iPhone.

Why The Apple Focused Upon Notch?

Since Apple focused on an edge-to-edge display screen, its manufacturers make efforts to hide Touch ID fingerprint sensor which is below iPhone X display. This approach doesn’t come out to be fruitful, and as a result, Touch ID was replaced with Face ID (facial recognition software) for the confirmation.  What’s more, the sensors and lasers for such a framework would need to dwell someplace in front of the smartphone. This someplace would be the notch. Therefore, the notch was considered less for the development and more for the necessity.

However, the vision for upcoming iPhones is likely a continuous dark bar of a smartphone with the entire display screen on the front side. Maybe no notches and no intruded lines.

It can’t say that Android mobile phones brought forward any components from the iPhone X. But this statement can be disagreed they soak up a few of Apple’s mojo comprising notch in their design.

Actually, the people don’t purchase smartphones due to its notch. What they really need is an edgeless display. At present, notch design is considered as the best method if you want to get closer to this technology.

More on this topic: How To Choose Between Samsung Galaxy Note 8 and iPhone X • iPhone X vs Note 8 – 7 Important Comparisons

AndroidappledesignSmartphones
Previous ArticleThe Impact of the IoT on Energy Efficiency (Part 3 of 5)Next ArticleWomen In STEM: Hedy Lamarr