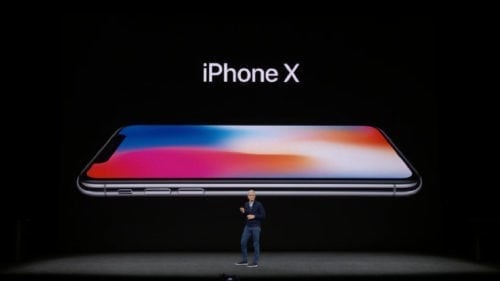 In spite of its higher price tag, the initial iPhone X demand as preorders roll in is giving Apple reason to smile. An Apple representative said,

“We can see from the initial response, customer demand is off the charts,”

At 12:01 AM Pacific Time preorders began coming in and kept coming.  CNET reported that the iPhone X sold out within ten minutes.  The November 3rd shipping date is moving forward for many.  Delays vary by models, carriers, and country and can be anywhere from one to six weeks. In contrast, there was less vigorous demand for the earlier release of the iPhone 8 and 8 Plus.

Apple says, on November 3rd you can walk into an Apple Store and buy an iPhone X while supplies last which may only be a few minutes.

The reasoning behind the high demand is likely due to the iPhone X having a major redesign with a number of new technology advances. It is also expected to represent the future of smartphones by creating the high-water mark for its competitors to reach.

Buy On eBay, Or Not

Some who were lucky enough to get an iPhone X since last Friday have offered them on eBay with prices ranging from $1500 to $60,000. Mind you this is for an iPhone X that the seller has not even received yet.

Apple hasn’t said much about their supply of iPhone X but they have said that they expect to deliver all pre-orders by the end of the year. 20,000,000 units have been mentioned but some estimates say Apple will need at least 40,000,000 to fill the demand by end of year.

Early on there was considerable speculation as to whether or not the iPhone X was worth the heavy price tag. Apparently, there are millions of customers out there who believe it is. The iPhone X sells for $999 for the 64 gig model and $1149 for the 256 gig version. With the iPhone X camera capable of shooting hi-resolution images and videos, the more storage the better.

Personally, I usually wait a year before purchasing the next shiny new iPhone.  The rush on manufacturing such high volumes could have a surprise or two.  I hate surprises.