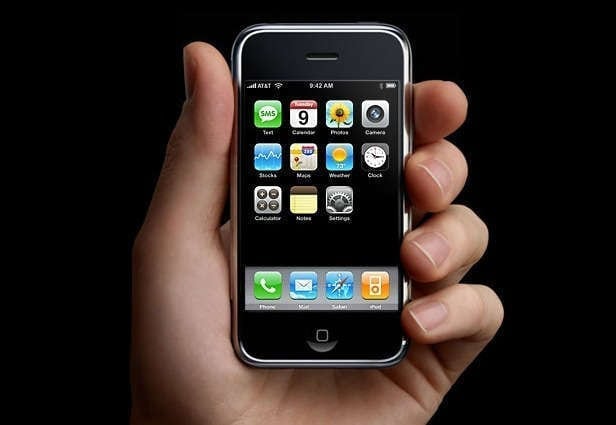 Most Influential Gadgets Of All Time

TIME Magazine published an article on Tuesday (May 3rd, 2016) on “50 Most Influential Gadgets of All Time”. Many Apple products made the list but it was none other than the iPhone that topped the list. There is no doubt that the iPhone has revolutionized the smartphone business and has disrupted the market for personal computing as well. Time editors believe this single device was more influential than any other recent technological innovation.

Other Apple products that made the list are the Apple Macintosh (No. 3), iPod (No. 9), iPad (No. 25) and the Apple iBook (No. 38). According to Time: “Apple was the first company to put a truly powerful computer in the pockets of millions when it launched the iPhone in 2007. Smartphones had technically existed for years, but none came together as accessibly and beautifully as the iPhone. Apple’s device ushered in a new era of flat, touchscreen phones with buttons that appeared on screen as you needed them, replacing the chunkier phones with slide-out keyboards and static buttons”

While iPhone sits in the No. 1 spot, the honor actually goes to Apple’s mobile ecosystem. The device itself introduced millions to what is generally considered to be the first viable smartphone platform, but more impactful was the 2008 launch of Apple’s App Store for iPhone OS (rebranded iOS in 2010).

TIME argues that we’ll be feeling the changes brought about by the introduction of the iPhone in 2007 for decades to come. The magazine, however, believes that the software and App Store are what truly set the iPhone apart from previous smartphones:

“What really made the iPhone so remarkable, however, was its software and mobile app store, introduced later. The iPhone popularized the mobile app, forever changing how we communicate, play games, shop, work, and complete many everyday tasks. The iPhone is a family of very successful products. But, more than that, it fundamentally changed our relationship to computing and information—a change likely to have repercussions for decades to come.”