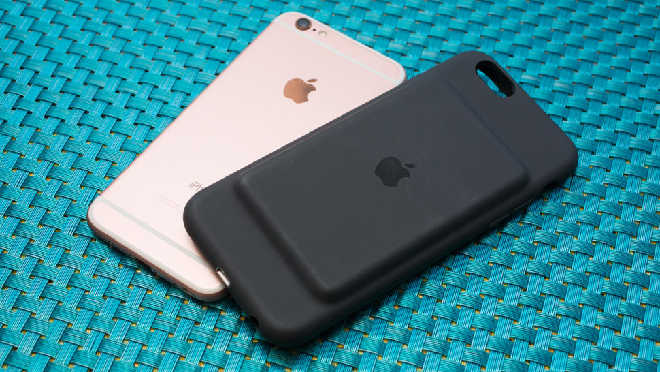 Apple has provided a solution to the much-discussed short battery life in its new iPhones by releasing its own iPhone Smart Battery Case. Apple is not suggesting that the extra battery is needed for everyday use, but many iPhone users feel that an extra battery is more of a necessity rather than a “nice have”.  The case comes in grey and white and costs $99.  It will add considerable heft to the iPhone along with increased battery life.

It is referred to as a “Smart” battery case since it integrates nicely with iOS. Some may feel what makes it smart is that it gives Apple an additional $99 for an already expensive device.

In a discussion with Mashable, Apple’s CEO Tim Cook provided his take on the use of the new battery case:

“if you’re charging your phone every day, you probably don’t need this at all. But if you’re out hiking and you go on overnight trips… it’s kind of nice to have.”

The battery case provides a nice silicon grip but it easily collects dust. It obviously has a hump, yet Mr. Cook is quoted as saying, “You know, I probably wouldn’t call it ‘the hump.” Really?

The battery pack begs the question, why not build better battery life into the iPhone to begin with? I personally feel the iPhone 6s and the 6s Plus are thin enough, even approaching too thin. The iPhone is a powerful, portable computer that needs energy. I think Apple needs to ask the question, when does design take a back seat to usability?

I agree that a battery pack is a must-have when traveling and I’m sure this new product will fill that need for many users (myself included). However, if the iPhone itself can’t make it through an entire day of use without recharging (which is the experience of many users) it needs a larger battery.  If that dictates a thicker device than so be it.