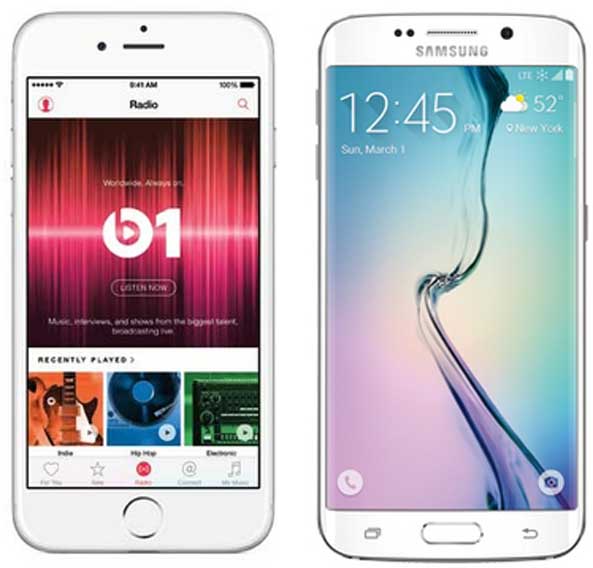 Note: This article is intended to help those purchasing their first Smartphone.

These days, when it comes to mobile phones, Smartphones are the obvious winners. Very few people opt for the ones that were prevalent like the common Nokia or Samsung phones. Just go to any mobile shop and ask the seller which phones sell like hotcakes, the answer is definitely smartphones.

Smartphones are equipped with a much more advanced operating system than ordinary cell phones. Smartphones combine all the features of a mobile phone, a personal computer, media player, GPS navigation, camera, gaming device, apps, and much more and fit all this technology in the palm of your hand.

A new smartphone buyer should know that there are basically two major smartphone operating systems. Apple’s iOS and the Android operating system. Android is owned by Google. Most smartphone manufacturers use Android while iOS is only used on Apple devices, for example, the iPhone, iPad, and iPod Touch. Apple has strict control over how the software works on its hardware. Google licenses its Android system to many smartphone manufacturers so design, features, performance, and user experience are less consistent.

If you are new to smartphones and can’t decide whether to get an iPhone or Android, we will hopefully provide you with enough useful information to help you with that decision.  Since this is an all things Apple blog, our preference is obvious and if asked, we would advise you to go with the iPhone because of the reasons we will provide below. Similarly, if you’ve never owned an iPhone and have been an Android user and have considered switching to an iPhone, again we would advise you to get an iPhone.

Getting down to comparing the two is a daunting task. Both phones have very cool features.  In terms of the number of apps offered by both The Google Play Store and Apple’s App Store, Google Play offers around 1,400,000 apps for Android whereas Apple offers around 1,500,000+ apps, as of this writing.

Some may argue the quality of the apps on one platform or the other but a telling statistic is the cumulative number of apps downloaded from the App Store from July 2008 to June 2015, which is 100 billion.

Interestingly, most game developers prefer to develop games for iOS first rather than Android. There are a lot of challenges app developers face on Android due to the inconsistencies in the devices. You have likely noticed that most games first become available on iOS software and then on Android. So if you’re into games, this is a valid point to consider.

Moving on to system fixes and updates—Android users report that they do not receive regular software updates and bug fixes on their android devices. Again, this is due to many manufacturers making Android phones, which causes the deployment of updates to be staggered. Apple’s iOS updates are available to all iOS devices, including the older models at the same time.  This represents a challenge for app developers as well since their development is fragmented by all the various devices from different manufacturers.

In terms of security and privacy, iOS wins without question. Security threats are mitigated with timely updates to iOS. The addition of Touch ID which is the most vigorous option for quickly unlocking your phone and making it difficult for thieves to get in is another security issue addressed by Apple. Android is catching up on this point but iPhones have been very secure and are likely to continue. In fact, this applies to the entire line of Apple products. Check out Apple’s commitment to your privacy here: http://www.apple.com/privacy/?cid=wwa-us-kwg-features

Users also state how the iPhone’s picture quality is much better than that of Android. And complaints about the Android phone’s battery life is half that of iPhones. Also, some Android phones are pre-installed with junk apps which can be a nuisance for some. Once again these issues are likely due to the range in quality of Android phones from one manufacturer to another.

The number of devices sold should be another indicator.  What’s interesting is that iPhones are more expensive than most yet they outsell their competitors.

What’s interesting here is that as soon as cell phone providers allow an upgrade, 51% of iPhone users upgrade their phones as compared to 40% of Android users.

The power of the Apple brand can also be considered when making a buying decision.  Apple has reclaimed the title of Most Valuable Brand surpassing Google by over 70 billion dollars.

We believe that the iPhone wins fair and square in comparison to Android. To put it simply, iPhone users love their iPhones.