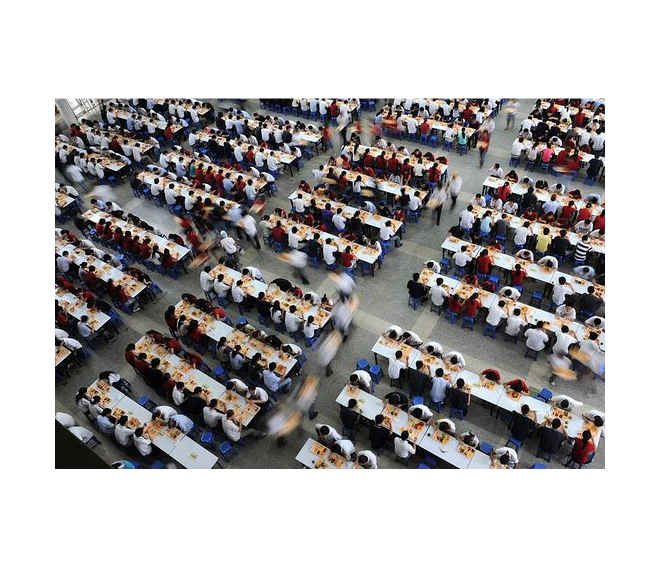 “Made in China” no longer means mass production of cheap knock-off products.  Apple and other high-tech companies utilize the Chinese workforce to their advantage and realize significant profits doing so. This may be a wise business decision but the assembling procedures for Apple and other hardware systems have come under the spotlight after disclosure of more insights from various Chinese specialists who assemble the world’s most wanted devices. At the moment when one examines these insights more closely, we see that Apple could do more to treat this division the way it should. Operating conditions include 12-16-hour work days, compensation of $1 an hour or less, crowded dorms with 15 beds in 12×12 rooms make it clear that it’s all about saving money. Eager labor needs to work and is willing to work under such dire conditions to earn a living.

The reason why Apple has outsourced assembly of its popular and much sought after iPhones and iPads in China isn’t just about the money but also about bringing the popular devices into the United States would cost approximately $65 more per unit. Right now Apple is paying just 8 dollars in China! Unfortunately, this extra $65 that Apple saves on each iPhone isn’t used for improving the work conditions. Look at it this way, an iPhone costs about $600, and Apple’s normal profit is about 40%. So Apple’s gross benefit on each iPhone is about $250 per unit.

The genuine reasons Apple makes iPhones in China, in this manner, are as per the following:

The larger portion of the iPhones and iPads the production network is currently producing in China stay in China. As mentioned above, saving money and reaping more profit are the visible reasons but other reasons are that size matters for Apple. This is why China is a favorite because its processing plants are much bigger and currently are more efficient than those in the United States. They can compress production time and finish a huge number of devices that the plants in the USA cannot, largely because our laws do not permit the same working conditions or pay scales.

China overall has made a name for itself as being one of the largest markets in the world. Everything that we see and use has been made in China. China being the world’s one stop shop for everything has made the smartphone giant choose it to supply the product. Not so surprisingly, China has many experts and specialists that are skilled at dealing with supplying, assembling and distribution.

The workforce available in China also plays an important role in being Apple’s choice. China’s workforce is diverse, in need of work and more willing to work as compared to the labor available in the USA. People in China are recognized for their tough work and that is why, not only Apple but many other companies outsource their assembly line to China, which benefit’s their willing workforce. Apple has been reaping benefits fromChina’s in a number of ways apart from utilizing its workforce. China has emerged to become Apple’s most loyal marketplace where residents would do anything to get their hands on the latest offering by Apple. China also has earned the title of being the largest application downloading market from Apple’s App store. Apple and China go hand in hand and it seems the relationship will go on for a long time.