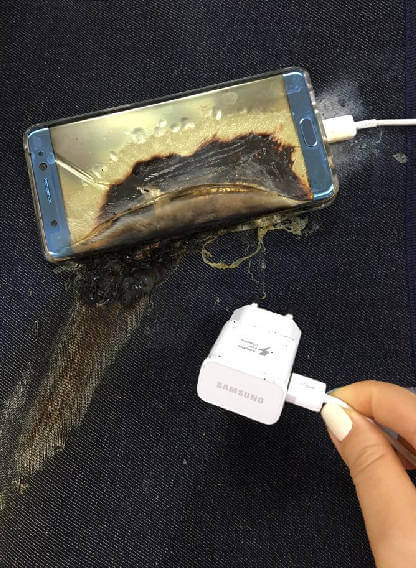 Samsung has faced a lot of problems in the past few weeks due to the exploding Samsung Galaxy Note 7. The worldwide Samsung Recall Program announced for the Galaxy Note 7 is at the heart of their troubles. However, the company now fears losing its customers to its competitor, Apple.

CNET recently launched a pair of polls on Twitter. In these polls, they asked Samsung Galaxy Note 7 users if they will switch to iPhone or stick with their Galaxy Note. The results showed that 30.5 percent current Samsung Galaxy Note 7 users will be sticking to their phone. These users opted for global recall program. However, a vast majority of 48.5 percent users said that they will switch to iPhone 7.

A total of 3,329 people participated in the poll. However, there is no way to check if the participants in the poll were legitimate Note 7 users or not. Another alarming statistic revealed by the poll is that 9.5 percent of the people have opted to stick with their current Galaxy Note 7 phone. They have chosen not to take part in the global recall program. However, this is not advisable since explosive batteries can be very dangerous.

The incidents of exploding smartphones have come at a very bad time for Samsung. The company was hoping to make a lot a profit after the successful launch of Galaxy S7 in the Spring. Samsung had launched its flagship before iPhone 7, LG V20 and Google Pixel. This enabled the company to take the lead in the smartphone wars. However, worldwide recall program of the smartphone has caused problems for the company. The impact of worldwide recall program on the company’s revenue will be highlighted once the quarterly reports are published.