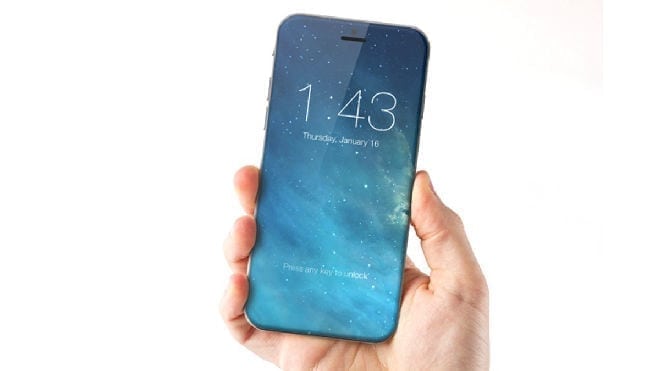 While the iPhone 7 was one of the most anticipated phones of all time, rumors for the iPhone 8 (or whatever it is going to be called) have already started, just days after the iPhone 7 announcement.

Considering that the next iPhone that is set to be released in about a year from now is the tenth-anniversary iPhone, many are speculating a huge name change. The name could just be the iPhone 8. Some are predicting that Apple could drop the iPhone name altogether, skip the numerical order to the iPhone 10, or simply call it “The new iPhone” with no number.

In support of the all-glass casing rumor below, the next iPhone could feature a complete redesign. It has been a dream of many for the iPhone to feature an edge to edge display. This means that the entire front of the phone would be screen and absolutely no bezel. The home button would be replaced with a touch-sensitive fingerprint sensor built into the screen. Whether this happens or not, I’m not too sure it would be very convenient, although, it would create a broader display. Like the Samsung Galaxy S7 Edge, the iPhone could have curved edges on both ends.

A new report from MacRumors says the iPhone 8 could feature a complete design change. Apple filed a patent for an all-glass casing in 2014. It was approved only the day before the iPhone 7 announcement on September 6, 2016. The patent describes the new device as having a transparent enclosure. It would be bonded using a laser frit bonding process thus creating a waterproof device.

The iPhone 8 is expected to have a new 10-nanometer A11 chip that succeeds the A10 chip currently in the iPhone 7 and 7 Plus. This new chip will make the phone faster, more efficient, and possibly improve the battery life.

The iPhone 8 could possibly sport a Digital Crown. Yes, you read that right. Just like the one on the Apple Watch. Imagining this can be pretty hard but Apple filed a patent back in 2014 for a device that sports a digital crown. You can check out this video to wrap your head around how this could possibly work.

While wireless charging is basically a thing for the Apple Watch, many were upset to not see it at Apple’s September 2016 Event. The iPhone 7 and 7 Plus do not support wireless charging but the iPhone 8 might. Unlike the Samsung S6 and S7, Apple’s new technology could potentially allow the iPhone 8 to be charged through the air rather than through a charging pad.