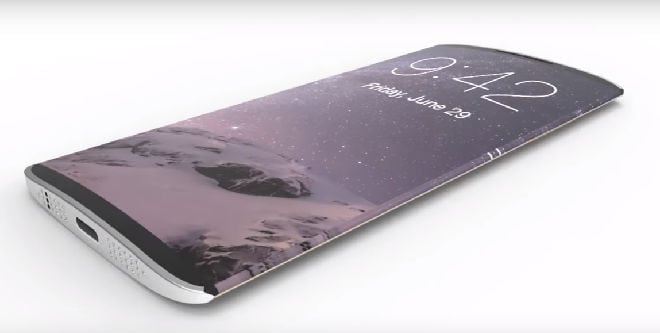 The year 2017 will be a blast for Apple users as Apple plans to release three brand new iPhone models. iPhone 8 rumors suggest that these would include a 5.5 inch, 4.7 inch and a brand new 5-inch version with an OLED display.

Reliable reports say that the new OLED model will have wireless charging support and glass casing. This contradicts earlier iPhone 8 rumors that claimed all the models have these new features. Furthermore, wireless charging will not be available out of the box. It will be sold as a separate add-on accessory.  This accessory will reportedly be from Luxshare, a company based in China. According to rumors, they supplied inductive coils for the Apple Watch charger.

If these reports turn out to be correct the future iPhones will not possess long-range charging abilities. In contrast to this, contact based wireless charging will be supported, much like the Apple Watch and Samsung’s wireless chargers. Throughout last year, rumors have been floating that Apple will use third-party wireless charging technology for the iPhone 8. However, Apple might be working on their own inductive charging equipment, as patents suggest. To the contrary, these reports might not be completely accurate as other news sources state otherwise.

A few years ago Apple was reluctant to adopt the wireless charging technology. Phil Schiller, Apple marketing chief showed his reservations over the technology’s actual utility. He claimed that the charger still needs to be plugged into the wall using a cord defeating the purpose.

“The widely-adopted USB cord, meanwhile, can charge in wall outlets, computers and even on airplanes”, he said.

Not In The Box

Reports say that the lightning to 3.5mm headphone jack adapter will not be included in the box with the iPhone 8. Users will be able to buy the Lighting to USB-C adapter as an optional accessory. Apple aims to connect the iPhone 8 out of the box to the MacBook models in the future. The headphone jack adapter will not be necessary for the future as the AirPods and the new BeatsX earphones are already available.

With all these reports and rumors already springing up, it is exciting to see how the next iPhone might turn out. A few months from now we will be getting more substantial information before the eventual release of the new iPhones.