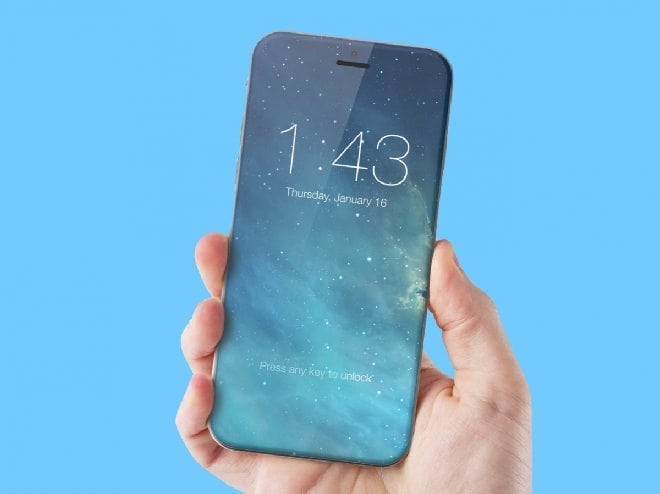 Despite the iPhone 7 being only weeks old, expectations for the iPhone 8 are already high. What innovations will the next flagship from Apple incorporate?

One of the biggest iPhone 8 expectations that have been on many wishlists for some years now is a truly bezel-less display. Samsung has already perfected curved screen edges with its own handsets. But many expect, or at least hope, that the iPhone 8 will take things a step further.

Is Bezel-less Display The Future of Smartphones?

One thing many Apple fans are looking forward to is a bezel-less display. This means that mostly all of the screen area is occupied by the pixels display. Samsung has already used and perfected curved screen edges in its own handsets. But many fans are hoping that the iPhone 8 will also add this feature.

If these expectations turn out to be correct, the face of iPhone 8 could be made up entirely of screen pixels. For those are skeptical, they can check the latest prototype manufactured by Sharp. The same display manufacturer rumored to be collaborating with Apple over the supply of OLED panels for the future iPhone 8.

For now, dubbed the corner R, Sharp’s new screen uses a technology called Free-Form display. This allows IGZO LCD panels to be made in various shapes. That allows them to be bent around corners and edges.

The prototype is the first of its kind and puts some user friendliness into questions as the issue with accidental screen touches would be an absolute nightmare. This would also mean Apple would have to drastically introduce new UI features appropriately.

Sharp’s concept may never see the light of day. But if Apple is looking at squeezing big screens into smaller packages, a curved one such as the one Sharp is now showing off with the Corner R would potentially be just perfect for a future iPhone.

It is important to note that the design is still a prototype, and might never see mainstream use. However, if it is in Apple’s interest to squeeze bigger screens into smaller devices then Sharp’s curved screen solution with the corner R would be an ideal consideration.

Expectations are high but fans will have to wait a long time before the screen specifications of the iPhone 8 are made public.