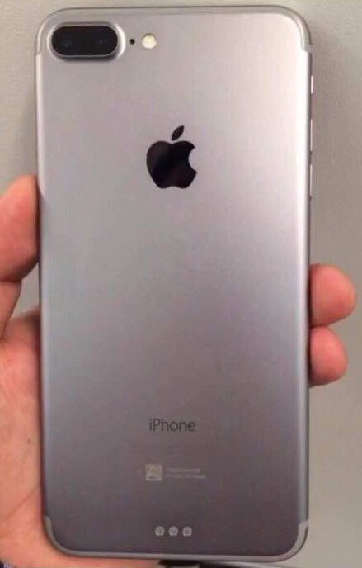 Regarding the iPhone 7 once more, the news on its possible appearance has updated through a supposedly scaled sketch of the new iPhone. Minor details have been highlighted, having only the longitudinal back view shown in the sketch.

The basics of the shown design hint that it is identical to the iPhone 6S, in terms of shape and size. This isn’t a new speculation as it was taken into account from an early rumor back in March. This was accompanied with the closer observation made back then where the camera lens aperture seemed slightly larger and closer to the phone’s frame than on the iPhone 6S. The sketch also highlights this more clearly, while matching the assumed design in the images from March. This minor variation suggests possibility of having additional hardware, such as sensors. However, it is just a speculation so far.

Aside from the basic conceptual rear view of the iPhone 7, nothing further can be said because of the simple and barely detailed sketch.

Regarding the dual-camera system which was reported to be added in iPhone 7, the credible analyst, Ming-Chi Kuo stated that the basic iPhone 7 model might not consist of the dual-camera system. Rather, this feature might be solely for the follow-up model, the iPhone 7 Plus. A disappointment for some enthusiasts.

Kuo also mentioned that there wouldn’t be anything more appealing about the iPhone 7. This statement is supported by how much it resembles iPhone 6S. It was suggested by many that Apple should modify their hardware design and appearance, changing their typical look for their devices to give a refreshed feeling to retained customers; the suggestion was more strongly considered for iPhone particularly after the rumor that the new MacBook Pro would be slightly modified.

Another feature which was rumored to be included on the upcoming devices is Smart Connector, however, a new report from the Japanese website, Mac Otakara suggests that the Cupertino-based company might not include Smart Connector in iPhone 7 and iPhone 7 Plus.