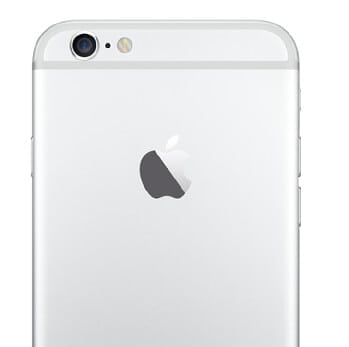 With unveiling closing in iPhone 7 rumors are flying, from wireless charging to a screen with built-in Touch ID. It’s also believed that Apple is going to abandon the 3.5mm headphone jack – a move that Steve Wozniak says ‘will tick off a lot of people’. Apart from this, it is speculated that an addition of a 256GB storage option is also being considered.

A recent report by a respected analyst Ming-Chi Kuo suggests Apple is set to release a new phone featuring dual-camera technology. It will allow the phones to take pictures with the quality of a full DSLR camera. But that feature could be limited to the larger, 5.5-inch iPhone 7 Plus, according to the same report.

A similar speculation was made by long-time Apple blogger John Gruber. Reading clues off the invitation sent by Apple for the September 7 event, he said;

“The visual style of the invitation strongly suggests bokeh, giving credence to what I first heard two years ago: that Apple is shooting for SLR-quality imaging in the iPhone cameras (or at least, alas, the Plus model)”

“The specific thing I heard is that next years camera might be the biggest camera jump ever,” Gruber predicted in mid-November 2014. “I don’t even know what sense this makes, but I’ve heard that it’s some kind of weird two-lens system where the back camera uses two lenses and it somehow takes it up into DSLR quality imagery.”

Moreover, this new engineering would permit the phone to produce deeper and more detailed images. Meanwhile, others have suggested even more ambitious uses for the technology, like 3-D image scanning.

Dual-camera setups also take up less area than single ones. That might mean that the company can re-design the phone so that it loses some of the space taken up by the camera. And even drop or at least reduce the debatable “camera bump” that protrudes from its back.