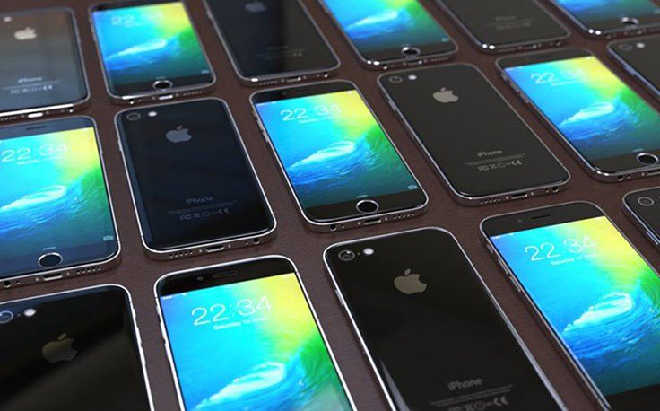 So 2016 is here and you know what this means, Apple will be releasing a new iPhone model later in the year. A recent report from a Chinese site called MyDrivers has broken news of the possible iPhone 7 design changes in the next generation iPhone.

According to the report, the iPhone 7 Plus will have a 5.5 inch screen and it will also have a 256 GB storage as well. There will be an upgrade to the internal battery as well which will now be 3100 mAH. This is a massive increase on the batteries of iPhone 6s Plus and iPhone 6 Plus as their batteries were extremely compact. The battery in the new iPhone 7 Plus, allegedly, will have a 10% increase over its predecessor. It should be noted that more mAH rating does not automatically translate into improved battery life but it may lead to more efficiency in the usage of battery as the internal hardware will most definitely be more efficient in the new iPhone.

The increase in the storage size means that Apple will probably be introducing a change in the storage size of the board. According to the report published by MyDrivers the model with increased storage of 256 GB will only be available for iPhone 7 Plus. It will hence not be sold to the mainstream consumers. The new iPhone will be introduced in the fall of this year and Apple may release another model of the iPhone in this spring which will probably be a 4 inch model and have internals similar to the iPhone 6s’ model. This model has been dubbed as the iPhone 7c by everyone. Apple may discontinue the production of it’s iPhone model with 16 GB storage.

It is also probable that the new iPhone model will remove the headphone jack and the audio will be played via headphones attached to the lightning port. The new iPhone model will also be able to be even thinner than the previous models because of the absence of the headphone jack. It will also be waterproof, if reports are to be believed, and a faster TSMC built A10 chip and Intel 7360 LTE modem as well as non metallic casing with no visible antenna bands.