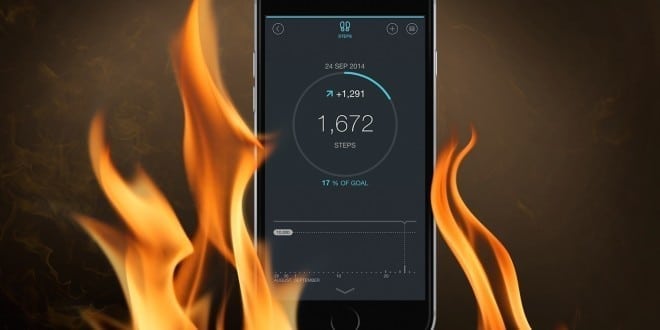 The feeling of holding the latest version of your favorite high-end smartphone is overall very satisfying. But more often than not these joyous moments are short lived since with every new iPhone comes its own set of technical and functional problems. Crazy reports have always surfaced shortly after the release of  a new iPhone, for example last year we heard a lot about iPhones bending or not being able to make calls. This years’ flaw is iPhones heat issues. Although minute, it seems troubling in its own right.

Many users have been writing in, complaining, about the new iPhone 6S heat issues on the Internet. It has been observed that iPhone 6S has severe heat issues which do not allow the camera’s flash to be activated until the phone has been allowed to cool down.

Both of  the iPhone 6S and iPhone 6S Plus feature Apples’ new, powerful A9 processor chip, compared to last years’ A8 chip. The new A9 is considerably faster and offers more computational power. It is thought that this extra increase in power might have increased the heat produced by the processor, with most of the users complaining that the new iPhones run considerably hotter than its predecessors. The iPhone 6S runs at around 100 degrees Fahrenheit, where last years’ iPhone 6 ran at only 90 degrees. This is a stark contrast between the two iPhones and could prove to be worrying news for the people at Apple.

However Apple is not the only smartphone manufacturer to face such concerns as it has been seen that most of the newer generations of smartphones in the market today have their fair share of “heat issues”, owing mainly to their drastically increased processing power. But for the iPhone to have heat issues to such an extent that its flash has to be incapacitated, something is obviously out of order. Note that although similar malfunctions have been reported in other phones over the years, with one major player being Googles’ Nexus line. But for the Cupertino-based company which has always promised the best optimization and experience one cannot help but feel a little disappointed.

Even though these reports could be unrelated incidents triggered by the safety protocols in the devices software but still a company of Apple’s stature cannot be pleased with even this little error in functionality. It also holds true that with the size of Apple’s launch there’s bound to be a few outliers but if the dissatisfied customers keep complaining, the tech company may have something to worry about.