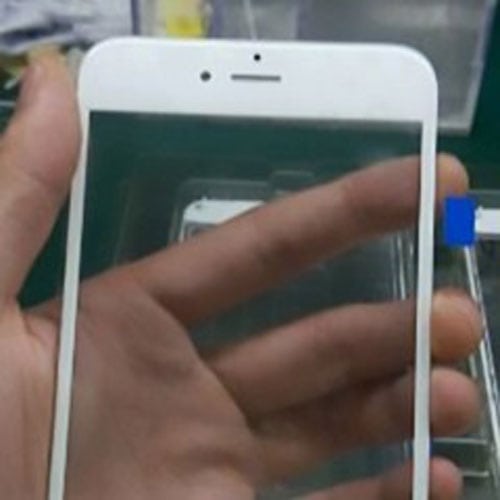 We’ve just gotten our hands on possible photographic evidence of the iPhone 6s front panel being assembled somewhere within the Asia region. 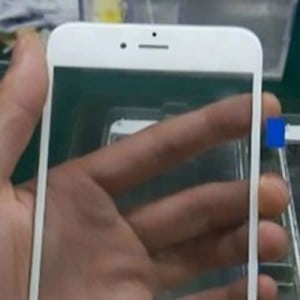 Just a few weeks ago we broke the news about all the possible changes that were expected to be a part of the iPhone 6s prototype and now iPhone 6s front panel photos have been released which give credence to the fact that iPhone 6s will arrive right on time (This is despite rumors to the contrary that the possible force touch feature will lead to a big delay).

So far the front panel seems to be the same as that of the iPhone 6 model. This is no surprise as we mentioned that the size of the iPhone 6s model will remain the same. This seems to be standard procedure for Apple as Apple uses the same design for at least two generations of it’s iPhone before changing it. The iPhone 6s will most definitely hence carry the rounder, sleeker design of it’s predecessors.

According to french blog nowhereelse, which broke the news, these panels are currently under production in a factory somewhere in Asia. We also have pictures of a factory worker actually assembling said parts to prove that the iPhone 6s train will arrive right on schedule. The blog claims that, according to it’s source, white panels are for the white and gold iPhone 6s models. Sadly the source could not confirm if the much awaited force touch will be a part of the new model as previously rumored. However we have our fingers crossed for the addition of this feature since this is the only change that will motivate us, and possibly all other Apple enthusiasts, to rush to the Apple stores in September.

Also, rumor has it, that there will be a possible fourth color option available in September. Apple has reportedly ordered an estimated 85 million to 90 million units of the iPhone 6s, which will be shipped by the end of 2015. This all, according to the Wall Street Journal who talked to sources on 8 july 2015. This seems to be quite a change from last year’s order of 70 million to 80 million models. It seems apple is very sure of the success of its new model. Time will tell whether this belief is misplaced or not.